“The launch of Chip ‘n’ Dale: Park Life and Oggy Oggy this summer is unprecedented on many levels and marks many significant milestones for Xilam,” commented Xilam Animation founder and CEO Marc du Pontavice. “With Chip ‘n’ Dale: Park Life, this is the first time Disney has entrusted a company based outside of the US or UK to fully create and produce a series based on one of their heritage brands. Disney’s commission is also testament to Xilam’s unique know-how in the field of non-verbal slapstick comedy. With Oggy Oggy, it’s not often such a major initial commitment from Netflix is received, and this series also benefits from major R&D and art development at Xilam’s studios, resulting in a vivid CG world that’s heavily influenced by our extensive expertise and artistry in 2D animation.”

The series follows two tiny troublemakers, Chip and Dale, trying to live the good life in a big city park while having giant-sized, sky-high adventures. Nervous worrier Chip and laid-back dreamer Dale make the perfect odd couple: they’re best buddies and they drive each other nuts. In their perpetual pursuit of acorns, these ultimate underdogs are joined by Pluto, Butch and other iconic Disney characters as they face down bullies great and small. 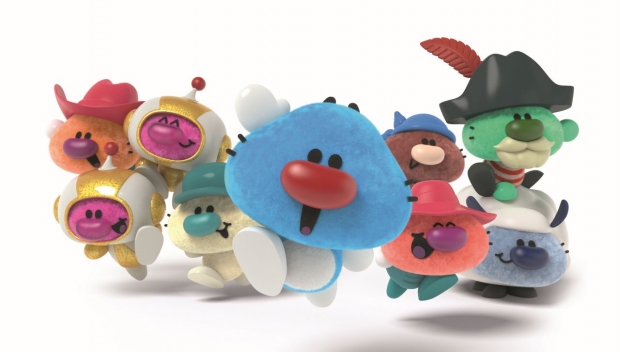 Created by Xilam Animation’s Cayrol and Cédric Guarneri, Oggy Oggy (156 x 7’) is a new CGI preschool spin-off of Xilam’s iconic Oggy and the Cockroaches franchise. It’s set to launch on Netflix in the US on August 24. Directed by Frederic Martin and executive produced by Pontavice, the series is the first full CGI production from Xilam's new dedicated CGI studio in Angouleme, France.

The series sees young Oggy freed from the ceaseless tyranny of the cockroaches - playfulness, adventures and friends make his new daily life fun. Curious and daring, Oggy Oggy is always eager to live new experiences helping friends along the way. Despite his clumsiness Oggy’s resourcefulness helps him to achieve great things.

Xilam will support the series with an extensive consumer products program, which is set to roll-out from Q4 2022, alongside a free-to-air presence with broadcasters including France Télévisions, Super RTL in Germany and Discovery Italy.