Two films -- Annecy Cristal winner ‘Lu Over the Wall’ and ‘Night is Short, Walk On Girl’ -- from Japanese anime director Masaaki Yuasa to compete at the 41st edition of the Ottawa International Animation Festival. 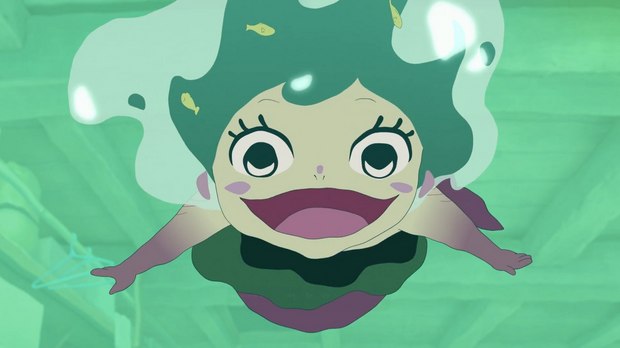 The Ottawa International Animation Festival has announced its first round of selections for the 2017 edition of the Festival, taking place September 20-24 in downtown Ottawa.

Featuring the best new animation from around the world, the OIAF official competition screenings are the highlight of the long-running Festival, which is now in its 41st year. The OIAF competition includes categories for narrative, experimental, student, commissioned and feature animation. There is also a separate competition for Young Audiences. Prizes will be awarded to category winners along with Grand Prizes for Independent Short Animation and Feature Animation.

This year’s initial selections -- in the Feature Film and Young Audiences competitions -- includes two animated features by Japanese anime director Masaaki Yuasa: Lu Over the Wall and Night is Short, Walk On Girl. Most recently the recipient of the Cristal Award at the Annecy Festival, in June, Lu Over the Wall follows the friendship between a boy and a mermaid who likes singing and dancing. Distributed by Toho, the Lu Over the Wall debuted in Japan earlier in May. Night is Short, Walk On Girl is a romantic comedy based on the novel of the same name written by Tomihiko Morimi.

The initial list of 2017 Official Selections in the Feature Film and Young Audiences competitions is shown below:

During the Festival, three official juries sit with the audience and judge the short, feature and children’s competition screenings. The Short and Feature jury members are chosen from the international animation community, and the Children’s jury is comprised of Ottawa-area youth. Jury decisions are announced during the OIAF’s awards ceremony on the Saturday evening of each festival. A screening of a selection of award-winning films follows on the festival’s closing night.