Celebrate VTubers and discover their virtual avatars, varied genres, and technical creativity, and learn how to join them during ‘Creator Camp;’ weeklong event includes the first ever ‘VTuber Tournament’ - 30 VTubers compete in a Fall Guys tournament where…” anything can happen!” 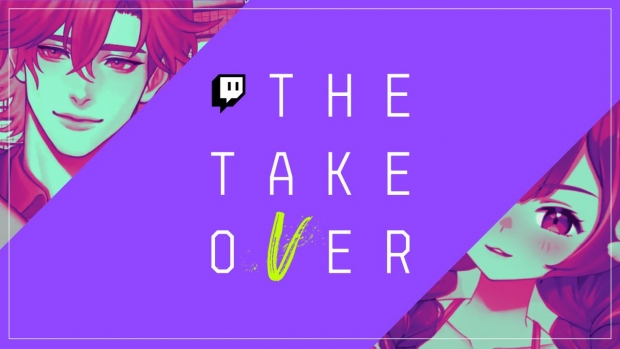 Twitch has announced the “VTuber TAKEOvER,” a weeklong celebration of VTubers, streamers who use virtual avatars to present their brand, personality, or identity through a means other than a face cam using techniques ranging from full 3D models to a PNG image. 100+ VTubers and their communities are participating in the weeklong event. Users will find their favorites on the Recommendation Shelf, with a chance to discover the wide variety of genres streamed on the Front Page Carousel. The event kicks off today and runs through September 2.

“We have seen exciting growth in VTubing content on Twitch,” shared Twitch Director of Community Marketing and Production Mary Kish. “VTubing content on Twitch has increased 467% YoY (year over year). What's also impressive is the technical creativity of some of these avatars, done in such detailed design that they react to a streamer's facial reactions, objects held, and even the ability to change outfits to reflect a game or mood. It's an example of streamers' consistent innovation and creativity in the content they produce and speaks volumes about the way that the Twitch community is able to put their unique spin on new trends, with the artists who develop these avatars also receiving ample praise from the streamers with whom they work."

They’re virtual, vibrant, varied, and very ready for you to meet them next week.

What’s going on this week?

On Friday, September 2 at 11 AM PST, Twitch will be hosting the inaugural VTuber only Tournament. Hosted by Takahata101 and SinderVTuber, 30 VTubers will compete in a Fall Guys tournament where… “anything can happen!”

Join Vtubers OliviaMonroe, TiffanyWitcher, and Delphron to discuss their experiences crafting their personas and what it’s like creating a VTuber Persona and streaming on Twitch. In addition, they’ll discuss the basics of VTubing and what they wish they’d known when they started streaming.

Learn how to start VTubing with basic tips such as creating and maintaining a persona, the technical aspects of face tracking and rigging, and the perks of being an anonymous avatar. The Vtubers talk about using Pixiv Vroid Studio for model creation and face tracking software including VTube Studio, Face Rig, and Prprlive.

"Being a Vtuber saved me as a disabled content creator!” said Tiffanywitcher. “Being a Vtuber now allowed me to speak about how accessible it can be as an accessibility advocate and help others as it did for me. It's constantly evolving in the community, and I'm looking forward to seeing what's new around the corner and beyond!"

"In many ways, my Vtuber model allows me to be my true, authentic self,” noted VTubers ARUUU. “It's a kind of veil that provides a level of comfort I've never known while cam streaming. I actually get to be this character that I created and manifested from my own imagination. How wild is that? It's akin to roleplaying the person that I have always wanted to be. Although Vtubing isn't yet fully accepted by the rest of the world, I truly believe this art form is the future for media entertainment."