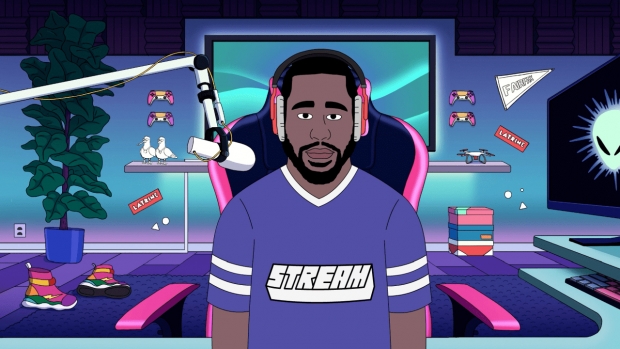 To celebrate today’s premiere of Prime Video’s new animated series, Fairfax, the streamer is teaming up with Twitch for the first time to host a unique two-hour live stream with Corey Smallwood, AKA TheBlackHokage, who transforms into an animated Vtuber in the style of the show. Using custom animation and a 3D AR Facerig, the popular content creator’s moves and expression are mimicked by his animated doppelganger while interacting with fans. During the interactive digital event, viewers will vote on what clothing Smallwood’s digital alter-ego should wear next—all in the streetwear style of the show. Fans can vote using Twitches unique interactive polling system and voting tools to influence what happens in the stream. The stream will culminate with a community viewing Watch Party of the show’s first two episodes, hosted by TheBlackHokage’s digital self. With the chaos of Twitch chat spurred by the newly tooned streamer, it should be quite a memorable event.

So, if you’ve ever wanted to see someone turned into a cartoon character live—while watching cartoons together with thousands—don’t miss the live stream today, October 29, beginning at 2 p.m. PST on TheBlackHokage’s Twitch channel: twitch.tv/theblackhokage.

Fairfax is an adult animated comedy series that follows four middle school best friends on their never-ending quest for clout on Fairfax Avenue in Los Angeles—the pulsing heart of hypebeast culture. Fairfax centers around the timeless struggle to be cooler than you are and fit in while standing out, and what it feels like to wait in line for a pair of sneakers you’re never going to cop. The series is created, and executive produced by longtime friends Matthew Hausfater, Aaron Buchsbaum, and Teddy Riley. Additional executive producers include Jon Zimelis and Jason U. Nadler for Serious Business (@midnight); Peter A. Knight (BoJack Horseman); and Chris Prynoski, Ben Kalina, and Antonio Cannobio for Titmouse (Big Mouth). The artist Somehoodlum, who designed the characters for the series, serves as a consulting producer alongside the pop/internet culture clothing and media brand Pizzaslime.