Sony Pictures Television and PlayStation Productions team up on their second live-action series based on a popular game; new series centers on a motor-mouthed outsider tasked with delivering a package in a post-apocalyptic wasteland. 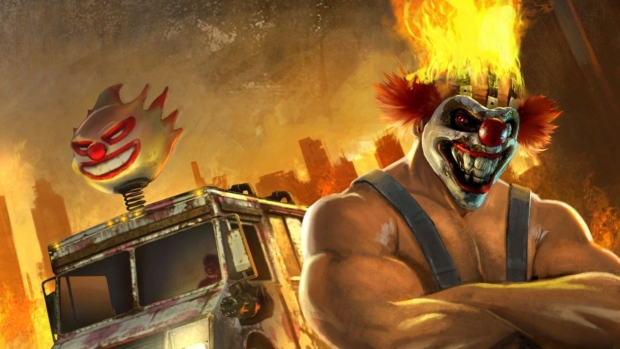 Watch out: the roads are about to get a bit more twisted. Sony Pictures Television is teaming with PlayStation Productions to develop a live-action series adaptation of apocalyptic vehicular combat game Twisted Metal. Executive producing duo Rhett Reese and Paul Wernick (Deadpool, Zombieland), who describe the series as an “action comedy,” will be joined by funny expert Will Arnett under his Electric Avenue production banner; Marc Forman and Peter Principato with Artists First; Qizilbash and Carter Swan of PlayStation Productions; and Hermen Hulst, head of PlayStation Studios. Michael Jonathan Smith (Cobra Kai) will pen the script.

For those unfamiliar with the high-octane game, the show follows a motor-mouthed outsider who is offered a chance at a better life, but only if he can successfully deliver a mysterious package across a post-apocalyptic wasteland. With the help of a trigger-happy car thief, he’ll face savage marauders driving vehicles of destruction and other dangers of the open road, including a deranged clown who drives an all too familiar ice cream truck, whom fans of the game will know as Sweet Tooth.

“We love Twisted Metal in all its twisted insanity,” said Glenn Adilman, executive vice president of comedy development for Sony Pictures Television. “Michael Jonathan Smith hit it out of the park with an action-packed, brilliantly funny adaptation and we are grateful for the support of Rhett, Paul, Will and our friends at PlayStation.”

Also in the works from the Sony / PlayStation team is the recently announced live-action adaptation of The Last of Us, starring Pedro Pascal and Bella Ramsey.