The Weinstein Company picks up rights to rebooted versions of iconic properties ‘David the Gnome,’ ‘Spy Kids’ and ‘ReBoot.’ 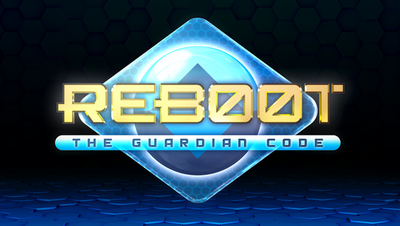 The Weinstein Company has picked up the rights to rebooted versions of iconic properties David the Gnome, Spy Kids and ReBoot, according to a report by Deadline,

The studio is reportedly making Spy Kids and ReBoot in partnership with Canadian animation house Rainmaker, its partner on the 2013 animated feature, Escape from Planet Earth. For David the Gnome, TWC is partnered with Spain-based animation producer and rights holder BRB Internacional.

The new take on David the Gnome -- a Spanish animated television series based on the children's book, “The Secret Book of Gnomes,” by the Dutch author Wil Huygen and illustrator Rien Poortvliet -- will be titled Gnomes. “David is a 200-year old doctor and his family of gnomes, who are seven times stronger than humans, and a sense of smell 19 times more developed than humans, and who travel the world doing battle against their evil troll enemies.”

Robert Rodriguez’s live-action Spy Kids movies were family-friendly action-adventures about a pair of siblings, Juni and Carmen, whose parents were high-tech super spies. This new version will be an animated TV series starring the same kid characters, but the setting will now be “Spy Kids Academy, a pseudo boarding school for kids whose parents are international agents.” The Academy is actually a “top-secret Hogwarts-like spy school for children where several teams of the best and brightest play out rivalries and develop skills that allow them to go up against CORTEX, an evil organization that has hypnotized a legion of kids who’ve become hooked on a video game called Mind Corrupt.”

Finally, the ReBoot remake will be a live-action/CG-animated hybrid series titled ReBoot: The Guardian Code. The project, presented at this year’s Kidscreen Summit by Mainframe Entertainment’s Michael Hefferon, “follows the adventures of four typical teens whose lives are upgraded in a big way, when they discover they are next-gen Guardians -- super cool heroes that stream into cyberspace so they can defend humanity from deadly computer viruses and malware.”