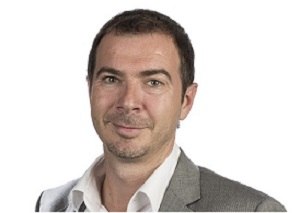 Turner Broadcasting announced the appointment of Ian McDonough to senior vice president and managing director, Northern Europe. He will lead the broadcaster’s business across the UK, Nordics and Baltic region.

McDonough will be responsible for leading the growth and development of Turner’s operations in the UK, Nordics and Baltic region across its kids and general entertainment portfolio, also overseeing CNNI distribution and commercial operations. He will identify areas for driving revenues and profits, overseeing P&L and ensuring consistency and strategy for the region.

McDonough will be based in London, reporting directly to Turner Broadcasting’s EMEA President, Giorgio Stock.

Stock says: “I recognised in Ian a determination, energy and ambition which is an excellent match for Turner as we are well positioned for growth. This combined with his considerable track record and passion for developing new business will be a tremendous asset. We have recently enjoyed some great ratings wins within the UK and Ian is extremely well placed to lead in a region that is experimenting with vast innovation and fast adapting user experiences, especially in the digital space.”

The news follows Turner UK’s recent announcement of its best year for a decade, which has firmly established Cartoon Network as the number one pay TV kids channel for boys.