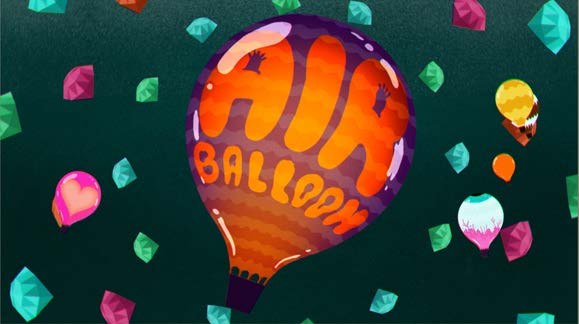 The fun and lively video is in Alasdair + Jock’s distinctive and iconic style, and echoes their wonderful projection onto Buckingham Palace for Madness’s ‘It Must Be Love’, shown during the Queens Diamond Jubilee concert.

The new video features a host of Alasdair + Jock’s trademark imagery along with their vibrant color palette. The typography partially inspired by American neo-pop artist Jeff Koons is rendered in balloon writing, with sentences filling and deflating, and bursting with little puffs of smoke.

To reach the tight deadline the entire video was turned around in an amazing seven days, and it was certainly a full on affair for all involved, especially the directors who worked tirelessly. After creating lyric vids for both The Rolling Stones and Vampire Weekend, this will be Trunk’s third foray into the genre.

“As long as we’re into the track, and we have the creative freedom, then they can be great fun to make,” notes Producer and MD Richard Barnett.

“Working to such an incredibly tight deadline certainly focused the creative process,” Jock Mooney added. “We knew what we wanted to do was visually ambitious and nearly impossible in the time we had, but we couldn’t bring ourselves to create something that wasn’t as visually sleek and as impressive as we could possibly make.”

“Even though it felt like the undersides of my eyelids were covered in sandpaper I’m glad we stuck to our guns,” Alasdair added. “It’s always worth it in the end!”