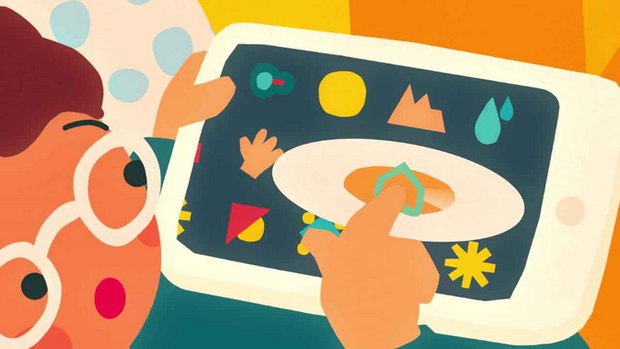 Homebrew was commissioned to create a multi-platform campaign to promote Rightmove’s School Checker tool, which gives prospective homebuyers ratings information about local primary and secondary schools across Great Britain. This was to include a 30-second TV spot, a 10-second cut down and a dedicated 30-second spot for mobile. The agency wanted a warm and charming style, full of color and fun, and Kovecses’ illustrations were the perfect match, but she had never worked with animators before. A team from Trunk met with her at her studio in Cyprus to discuss the animation process.

Following the meeting, a team of animators headed by Atkinson was pulled together in London to create the three shorts.

“Animating Anna’s work was a treat and it was a real joy to see her bold and colorful illustrations come to life,” says Atkinson. “This job also enabled us to solve a problem that is becoming increasingly hard to resolve. Recently we have been producing a lot of work where a digital screen containing the product has to be seen. Other than an over-the-shoulder shot or a cut to, it is hard to come up with a fresh way of showing them. However, as this campaign features children we were able to use their natural capacity to place themselves in unusual positions such as upside down or draped over furniture while using a device. This enabled us to have the screen face the viewer in a very natural and charming way. It also added a lot of fun to the script and matched the tone of Anna’s illustrations.”