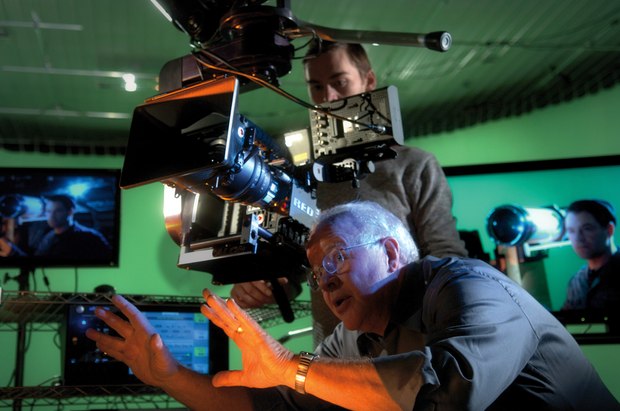 Trumbull is legendary for his ground-breaking visual effects work on films such as 2001: A Space Odyssey, Close Encounters of the Third Kind, and Blade Runner, as well as his directorial achievements on Silent Running and Brainstorm and special venue projects such as Back to the Future-The Ride, and a trilogy of giant screen high frame rate attractions at the Luxor Pyramid in Las Vegas.

“To work with such an industry hero on the next evolution of cinema is an opportunity not to be missed,” said eyeon CEO Steve Roberts. “Contributing to Trumbull's forward thinking has allowed eyeon not only to develop and push our technologies yet again, but also to get back to our production roots. Actually using our own tools in production with such an innovative genius is the most effective way to make our applications the best in class.”

Trumbull's pioneering work also included his Academy Award-winning 70mm 60FPS SHOWSCAN process, which was widely acclaimed by industry professionals. One the objectives of Trumbull's initiative is to demonstrate to the film industry that the successful future of the movie-going experience needs to be on larger screens, at high brightness, and with ultra-high frame rate 2K and 4K presentations that cannot be emulated on television, laptops, tablets, or smartphones.

UFOTOG will premiere at Paul Allen's iconic Seattle Cinerama Theater as the headlining event at the annual Science Fiction Film Festival Sunday May 11, 2014, in conjunction with special screenings of 2001: A Space Odyssey and Close Encounters of the Third Kind. In addition, Trumbull will introduce his movie Brainstorm, which marked the beginning of his quest for immersive cinema, on Friday, May 9.