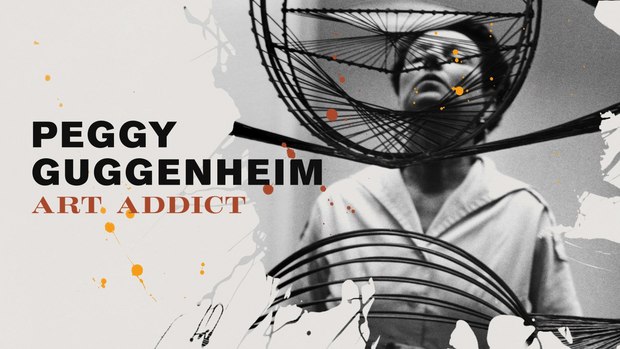 The feature documentary celebrates the fascinating life story of Peggy Guggenheim, a groundbreaking patron of the arts who amassed one of the premiere collections of 20th century modern art. The film premiered at the 2015 Tribeca Film Festival to sold-out audiences and is currently in theaters nationwide.

Inspired by the works of Jackson Pollock, Robert Motherwell, and their contemporaries, T+Co collaborated with creative studio And/Or to capture the spirit of abstract expressionism through design and animation. Bold brushstrokes and spontaneous paint splatters evoke the modern masters Guggenheim championed and loved, reflecting the sea change in art and culture that swirled around her. T+Co also designed the chapter headings interspersed throughout the film.

T+Co chose to create the sequence in-camera, shooting paint on Plexiglass in real-time to give the piece a rich, authentic flavor. Post was done in Final Cut and After Effects. Using colors that were popular during that era, as well as references to Pollock’s unique style of drip painting, and Motherwell’s boldly gestural brushstrokes, the titles capture how these individuals, and their art, were all interconnected in Guggenheim’s life story.

“Doing everything in-camera provided us with a sense of realism, from the way the paint splatters to the movement of the brushstrokes,” says Elliott Chaffer, T+Co Executive Creative Director. “It was about bringing the hand of the artist to life. Peggy was a remarkable collector and advocate for modern art, so our design visually speaks to her relationships with these artists, and serves as a beautiful introduction to her bohemian life.”