Winners in the Student and Professional categories to receive a ticket to THU, flights to Malta and 5-star accommodation for the duration of the event. 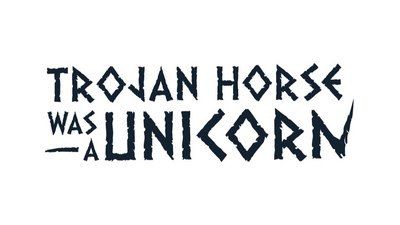 This year, THU is partnering with Artstation to make the competition bigger than ever, awarding Golden Tickets in two categories: Student and Professional.

Winners in both categories will receive a ticket to THU, flights to Malta and 5-star accommodation for the duration of the event. The first placed student will also take home a Wacom mobile pro and a Lenovo mobile workstation.

The Golden Ticket Challenge seeks to uncover new talent and nurture their development by providing direct exposure and access to the top creators on the planet.

Contenders are invited to create one visually compelling digital image and supporting artwork on a set theme. This year’s title is “Land of Wonder,” inspired by THU’s new home in Malta.

Submissions for the competition opened on May 14th and run until July 9th, with winners set to be announced on ArtStation on July 23rd.

THU2018 is set to be the biggest yet. In its new location in Valletta, Malta, the program will feature the usual feast of inspiration and learning resources with workshops, demonstrations and mentoring by award-winning professionals. The business and entrepreneurship master classes , the “B-sides,” will return by popular demand, alongside a brand new program addressing creativity in emerging technologies across a range of professional disciplines.

More than 70 world-class talents will appear at THU2018. They include Hal Hickel, ILM’s Academy Award-winning visual effects and animation supervisor with lead credits on Rango, Pacific Rim, Iron Man and the Pirates of the Caribbean franchise; visual effects veteran Geoffrey Baumann, most recently the production side supervisor of Marvel Studios’ Black Panther; Ian McCaig, one of the motion picture industry’s leading conceptual designers, best known for Star Wars Episodes I, II & III, Terminator II, The Avengers and Guardians of the Galaxy; concept artist Karla Ortiz, responsible for the design of the eponymous Doctor Strange character for the Marvel blockbuster, with further credits on World of Warcraft, Thor 3 and Black Panther; Alex McDowell, world-building visionary and leading movie production designer on Man of Steel, Watchmen and Corpse Bride; and Jorge Gutierrez, creator and director of animated feature The Book of Life for 20th Century Fox, and director of VR short Son of Jaguar for Google Spotlight Stories.

To enter the Golden Ticket Challenge, see past winning work, and for more information, visit: www.trojan-unicorn.com/main-event/golden-ticket

Source: Trojan Horse Was A Unicorn