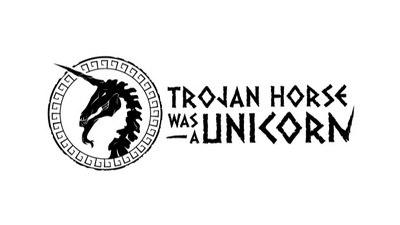 Tróia, Portugal -- As any fan will tell you, Trojan Horse was a Unicorn (THU) never ends. The festival continues that tradition today by announcing a fresh line-up of renowned speakers, regional meet-ups, and THU TV. The THU experience is now accessible all year long.

THU is a unique, annual five-day festival for digital artists next taking place in Portugal September 15-19, 2015. Now in its third year, THU has earned its recognition as a prestigious festival within the 3D, VFX, Games and Concept Art industries, providing an incredible platform for everyone from producers, animators, game developers and 3D artists, to VFX professionals, CG talents, digital painters, illustrators, hobbyists, and more.

“THU is moving from ‘The Little Engine That Could’ to a full-blown community that incites passion all around the world,” said Scott Ross, THU ambassador and former CEO of Digital Domain. “Artists fly in from all over just to be a part of it, and this year, THU is unveiling even more ways to get involved.”

Joining Scott Ross as one of the keynote speakers is Craig Mullins. A 20 year veteran, Craig’s work has been used in Tron: Uprising and The Matrix Revolutions; as well as on games like Halo, Fallout 3, BioShock and Assassin’s Creed. Known for his concept art and matte paintings, Craig also invented digital “speedpainting” while at Industrial Light & Magic; a feat that helped earn him a spot on ImagineFX’s “Top 50 Most Inspirational Living Artists” list.

Other new speakers include:

Since the show only happens once a year, THU has spent the last four months hosting meet-ups as a way to connect artists after it ends. Featuring expert speakers and a unique theme, each meet-up takes place in a major city around the globe. New additions include Warsaw (on June 12th) and London (on July 4th).

Knowing that some artists just can’t make it to an event, THU now offers a way to participate from home through THU TV. A paid channel, THU TV will broadcast the entire September event 24 hours a day for all five days. The channel’s special tickets were so popular that they sold out in only 2 days. More info can be found here.

“Sharing info and building networks is what helps artists band together,” said Andre Luis, Founder of THU. “With THU TV and these meet-ups, artists have even more ways to connect.”

If you are a company that would like join Chaos Group and Lenovo as a sponsor, you can contact THU at: andre.luis@trojan-unicorn.com (link sends e-mail).