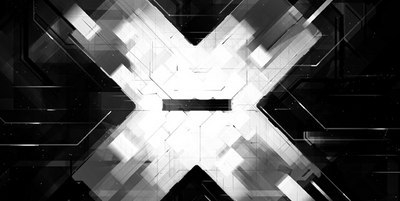 Internationally acclaimed visual effects studio Trixter Film is launching a new studio, Trixter, Inc., in Toronto, Ontario under the leadership of innovative entrepreneurs and financiers Michael Gianfriddo and Ken Mandeville. The global trademarked Trixter brand was launched by Michael Coldewey and Simone Kraus, who have appointed Mandeville and Gianfriddo as owners in the Trixter brands, along with Christian Sommer. The studio brings sixteen years of experience in international animation and visual effects to Canada.

Gianfriddo and Mandeville are making a significant investment in Hollywood by creating Trixter Inc., a new, diversified entertainment holding company. Partnering with the current principals of Trixter Film, Trixter Inc. will operate as a hybrid company, offering high-caliber animation and visual effects services in addition to developing, producing and co-producing original content with partners worldwide. The new entity will also invest and control subsidiary companies involved in the financing, production, animation and visual effects of commercials, feature films and TV content (live-action and animated).

Gianfriddo has been appointed as Chief Financial Officer and Mandeville as Chief Executive of Business Development and Chief Operating Officer of Trixter Inc. Extremely well-versed in entertainment, Gianfriddo and Mandeville are recognized for their expertise and relations in international, corporate and leveraged finance and production, specifically structuring mergers and acquisitions domestically and internationally.

“I'm very pleased to be involved in expanding the global brand of Trixter with the pioneering founders,” Gianfriddo says. “Trixter Inc. is the culmination of innovative thinkers and artists utilizing intelligent financial modelling and driving cutting-edge business to worldwide markets.”

“I am truly excited to be working beside such creative individuals as Michael Coldewey, Simone Kraus and Christian Sommer as we build this brand globally,” Mandeville adds. “Trixter will be creating exciting career opportunities for Canadian filmmakers and VFX professionals.”

“We’ve been looking for possibilities in Canada for a while now,” explains Coldewey. “Partnering with Ken and Michael is strategically the best choice, because now we will closer to our U.S. clients and also offer the advantages Ontario provides to our international co-productions.”

“With Canadian partners, the newly structured Trixter will enable us to meet the requirements of international productions even better,” says Sommer. “And at the same time will improve the performance for German local producers.”