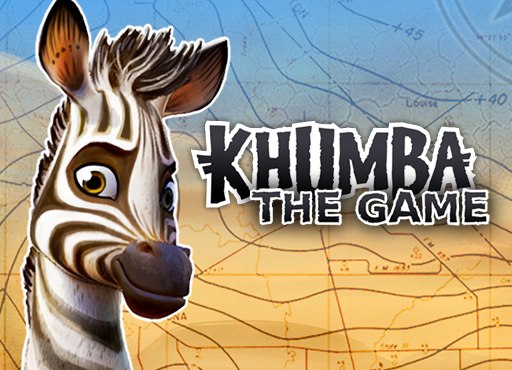 In another first for a South African film, Triggerfish Animation Studios has partnered with indie gaming outfit Sijo Studios to release Khumba The Game, a 3D adventure platform game based on the movie which is currently in international release.

Khumba rose to the number one spot at the South African box office and the game’s official launch coincides with the DVD release in three South African languages on March 6th.

“It was essential for us to provide an additional platform on which fans can engage with Khumba,” says Triggerfish’s CEO Stuart Forrest, “and the pre-release downloads have confirmed a healthy appetite.”

The game allows players to relive the half-striped zebra’s epic adventure through the Karoo on his quest to find the magic waterhole. Featuring both familiar and new characters, it spans five beautiful environments over 15 challenging levels, all inspired by the film. Khumba’s goal is to collect water for his herd while avoiding dangerous obstacles and menacing characters, culminating in an epic boss fight at the end of each world.

Khumba The Game is a paid app and is currently available in three marketplaces including the App Store, Google Play, and the Samsung App store.  A lite version, allowing players to access the first three levels for free, will soon be made available.

Links to download the game as well as a new game trailer can be found at www.khumbamovie.com

Triggerfish is establishing itself as an innovative content creation company by developing its characters and story worlds across multiple platforms, and the release of Khumba The Game is a significant step in this direction.

Along with other transmedia strategies, game development is a major focus in the studio’s future, allowing for deeper audience engagement with the characters made popular by the films. Digital platforms also provide global reach with little distribution costs.

Triggerfish’s partner on Khumba The Game is Sijo Studios, a digital media company with a vision to become industry leaders in the 3D mobile gaming industry. Sijo CEO Simon Anderson was the technical lead on Triggerfish’s first feature film, Adventures in Zambezia and worked as lead rigger on Khumba before working on LEGO The Movie.

“The passion Sijo brought to the game was incredible and we were amazed to see the results in such a short space of time,” says Head of Digital Kelly Dillon.