Atlanta-based 3D animation studio ushers in the holiday season with a new milestone for its animated Christmas special based on the wildly popular ‘Elf on the Shelf’ tradition. 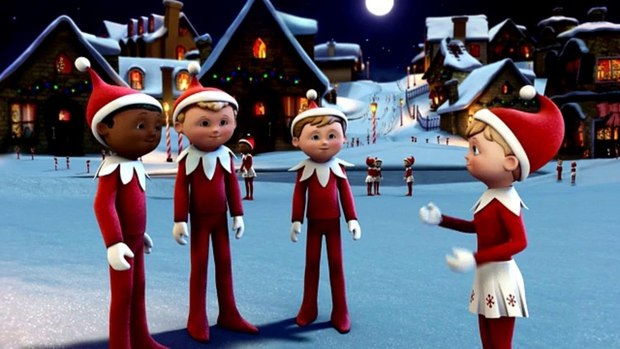 ATLANTA, GA -- 3D animation studio, TRICK 3D, is ushering in the holiday season with a new milestone for its animated Christmas special based on the wildly popular Elf on the Shelf tradition. For the fifth straight year since its premiere, An Elf's Story has once again landed the no. 1 spot on iTunes’ top television seasons list. The makers behind the film also recently inked a multi-year deal with Turner Broadcasting to air An Elf’s Story on TBS and Cartoon Network. The networks will show this new holiday classic several times during premium timeslots alongside other timeless TV classics such as How the Grinch Stole Christmas.

TRICK 3D produced An Elf's Story in partnership with Big Canoe Entertainment and CCA&B, the publisher of the best-selling book upon which the film is based, The Elf on the Shelf. In the fifth year since the special debuted on CBS, and 10 years after authors Carol Aebersold and Chanda Bell released the best-selling book, the animated special has accumulated numerous accolades, including landing at no. 1 on Barnes & Noble’s list of best-selling DVDs and Blu-Rays, achieving the no. 1 primetime broadcast spot when it aired on CBS, and filling the shelves of more than 10,000 U.S. retail stores. The film’s commercial success puts TRICK 3D’s work alongside top-performing TV seasons produced by west coast animation giants like Disney and DreamWorks Studios.

“We were all very much honed in on creating a special that focused on the true meaning of Christmas and that would stand the test of time,” remarked TRICK 3D Founder and Director, Chad Eikhoff. “All of the great Christmas specials that are replayed year after year stick to basic storytelling, compelling tales of seeking and finding the essence of the season. An Elf’s Story has the ingredients of a classic holiday story, but also leverages modern 3D animation to give the primary setting for the story, The North Pole, real depth.”

An Elf's Story and the Elf on the Shelf Christmas tradition have become firmly rooted in popular culture. From the appearance of the 64-foot Elf on a Shelf balloon at Macy’s Thanksgiving Day Parade to countless fan-generated tributes and home videos found on YouTube and social media, the Elf’s Story tradition is here to stay.

In addition to the story of the special’s commercial success, the back story about the how the film was produced is also unique as it was made and distributed entirely from Atlanta. While Georgia netted more than $6 billion in 2015 thanks to live action feature films and TV productions, computer-generated (CG) animation is still an open opportunity in the state. According to FilmL.A.’s 2014 Feature Film Production report, 82 percent of California-made theatrical films were live action and 18 percent were animated, while 100 percent of Georgia-made films in the same year were live action.

“Live action TV and movies are booming in Georgia, but animated family content is, at present, largely dominated by a few select west coast studios. So to see our work consistently outrank the competition, both live-action and animated, each holiday season on iTunes is a bit surreal,” said Eikhoff.

“An Elf’s Story continues to serve as proof that our state, and TRICK 3D with it, have an opportunity to grow our CG animation capabilities and compete nationally. Georgia’s well-known for The Walking Dead,’ 'The Hunger Games' and Marvel movies, but now is the time for us to get on the map as a world-class animated film destination as well.”