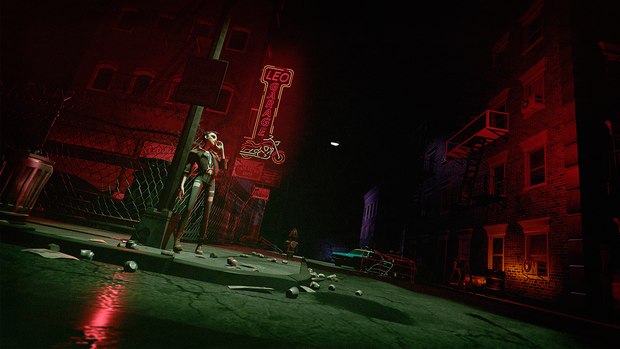 NEW YORK -- The Tribeca Film Festival announced the lineup for the 2018 Tribeca Immersive program, which showcases works by artists who are pushing boundaries, using technology to tell stories and create new experiences.

Several Immersive projects featured in the program tackle timely cultural issues, including racism (1,000 Cut Journey), climate change (This is Climate Change), immigration and xenophobia (Terminal 3), nuclear war (The Day The World Changed) and HIV/AIDS (Queerskins: a love story). In addition, the lineup includes programming that allows visitors to become active participants in astonishing experiences, such as swimming with sharks (Into the Now), caring for a baby elephant (My Africa), being caught in the bombing raid of a town square (Hero), and participating in a groundbreaking collaboration of AR and Immersive Theater from creators Graham Sack, Sensorium Works and NY Theater Workshop (objects in mirror AR closer than they appear).

“Each year, we’re seeing creators push boundaries and explore new ways to tell stories through VR. As the technology improves, so does the storytelling, and with that we are able to use VR to tackle new issues, experiences and narratives and invite new audiences to experience these projects,” said Ingrid Kopp, co-curator of Tribeca Immersive. 'Star Child' will have its world premiere at Tribeca Immersive, part of the Tribeca Film Festival, set for April 18-29 in New York City.

Twenty projects from five countries, with 17 world premieres, make up this dynamic program.

The competition includes four world premieres and one New York premiere. One Storyscapes nominee will be selected by a jury to receive the Storyscapes Award, presented by AT&T, which recognizes groundbreaking approaches in storytelling and technology. The five projects come from Canada, Pakistan and the United States.

The Cinema360 includes four programs that play twice daily, including:

It's Right Behind You:

This is Climate Change:

Tribeca Immersive takes place in the Tribeca Festival Hub located at Spring Studios, 50 Varick St., New York, NY 10013. Admission to presentations of the Virtual Arcade featuring Storyscapes is $40. Screening tickets for Cinema360 screenings are $15. Tickets can be purchased online at tribecafilm.com/immersive beginning March 27 or by telephone at (646) 502-5296 or toll free at (866) 941-FEST (3378).