Trekkies Get Their Fill as Paramount+ Celebrates ‘Star Trek Day’ 2022

At today’s 3rd annual global live-streamed event, the streamer shared a slew of announcements about ALL things ‘Star Trek’ including sneak peaks, new cast members, and release dates across the storied franchise’s universe. 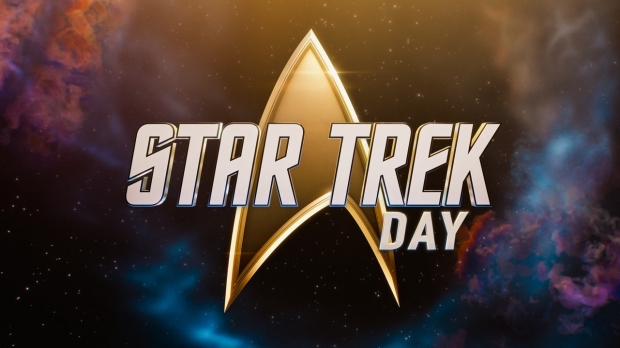 Paramount+’s 3rd annual livestream event “Star Trek Day 2022” just concluded its packed event program, treating fans to a celebration of all things Star Trek including a full line-up of back-to-back conversations with cast members from across the storied franchise’s universe, announcements and reveals, and a tribute to Nichelle Nichols.

The streamer dropped a slew of announcements, so just in case you couldn’t tune in because something silly, like work, got in the way (Star Trek Day should definitely be a national holiday, though alas, it is not) we’ve got you covered!

So, here’s a rundown of the latest batch of “all things Star Trek!”

The new season debuts Thursday, February 16, 2023, exclusively on Paramount+ in the U.S. Following its premiere, new episodes of the 10-episode final season will be available to stream weekly on Thursdays.

Paramount+ unveiled a behind-the-scenes set tour of the series led by cast member Wilson Cruz. The video, which debuted on-stage during today’s event provided fans with a look at the filming of the series fifth season in Toronto plus never-before-seen easter eggs on set, a cast member wardrobe fitting, A first look image from the new season, featuring Martin-Green, was also revealed. Fans were also treated to a sneak peek of a scene from an upcoming episode “Crisis Point 2: Paradoxus” in which Boimler's holodeck movie sequel tries to live up to the original- as seen in Season 1. The episode streams on Thursday, October 13, exclusively on Paramount+ in the U.S.

Today at the Star Trek: Prodigy conversation, featuring series voice cast members Kate Mulgrew and Brett Graythe, the mid-season return of Season 1 was announced. It comes to the streamer October 27 for subscribers in the U.S., Latin America, Australia, South Korea, and the U.K. It will air later in the year in South Korea, Germany, Italy, France, Austria, and Switzerland.

A mid-season return first-look clip was also revealed, featuring the U.S.S. Protostar crew and beloved character Murf as he completes his “metamurfosis.” The clip also reveals that Billy Campbell will be joining the cast with a recurring role, reprising his Star Trek: The Next Generation role as Thadiun Okona, a roguish space captain who’s constantly outrunning trouble caused by his own tactics.

Paramount+ also debuted a first look clip from Season 2 of the series.

The scripted podcast will examine what happened in the years after Captain Kirk left Khan on the untamed world of Ceti Alpha V and tells the story of Khan and his followers prior to Star Trek II: The Wrath of Khan.

Podcast co-hosts Tawny Newsome and Paul F. Tompkins announced the Season 3 renewal of with new episodes returning in early 2023. The program goes behind-the-scenes with creative professionals and takes a smart, witty, and thoughtful look at all things “Trek” – both old and new offering up discussion of the themes, ideas, and characters that resonate across the history of the franchise’s storied universe. Exploring the brand’s 50-plus-year legacy and influence each episode features an in-depth personal interview with a notable guest, coverage of a “Star Trek” event or a discussion of a specific topic with one or more guests.

“Live Stream Star Trek Day 2022” is available on demand on the Paramount+ YouTube channel here.  The conversation portions of the event will also be available on-demand on Paramount+.