The magnetic ‘Vikings’ and ‘Raised by Wolves’ actor will portray Desmond Hart, a charismatic soldier at odds with the sisterhood of the Bene Geserit in the upcoming ‘Dune’ prequel. 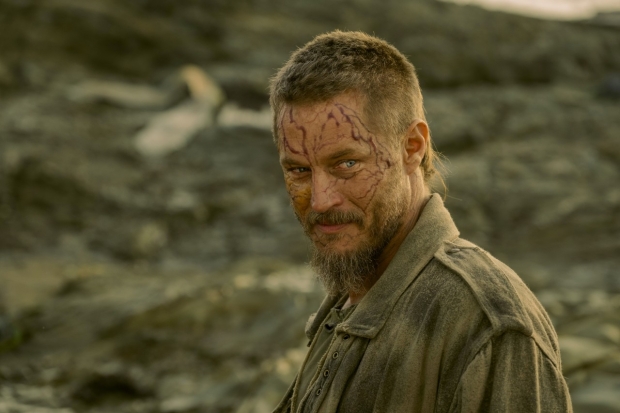 Travis Fimmel, widely known for his magnetic portrayal of King Ragnar in Vikings and soldier-prophet Marcus in Raised by Wolves, has boarded Dune: The Sisterhood as Desmond Hart. According to Deadline, the character is, “a charismatic soldier with an enigmatic past who seeks to gain the Emperor’s trust at the expense of the Sisterhood."

A joint production between HBO Max and Legendary Television, Dune: The Sisterhood takes place 10,000 years before the events of Dune. The story centers on the Harkonnen sisters, who seek to protect humankind and ultimately establish the fabled sect known as the Bene Gesserit, a social, religious, and political force of women trained to resist the Voice.

The Dune prequel series is being adapted from the novel “Sisterhood of Dune,” by Brian Herbert and Kevin J. Anderson, the first of the “Great Schools of Dune” trilogy.

Diane Ademu-John (The Haunting of Bly Manor, Empire) will serve as writer, showrunner, and executive producer of the show, alongside Johan Renck, Denis Villeneuve, Jon Spaihts, Scott Z. Burns, Mark Friedman and Matthew King, Brian Herbert, Byron Merritt, and Kim Herbert (on behalf of the Frank Herbert estate). Anderson will co-produce. No word yet on who will handle the VFX.

While Dune: The Sisterhood begins shooting this month in Budapest, a release date is still TBD. Shoots for Dune: Part Two are already underway and the fim is scheduled for a worldwide theatrical release on November 3, 2023.