Second collaboration between director and animator Michael Frei and game designer Mario von Rickenbach is from the publishers of David OReilly’s critically-acclaimed ‘Everything.’ 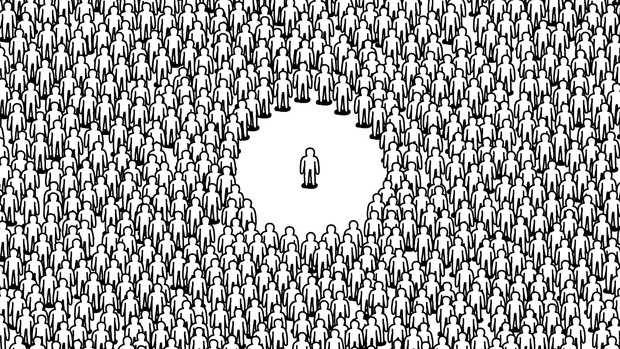 Double Fine Presents and Playables have announced that their KIDS short film has been officially selected to screen as part of the Generation sidebar at the 69th Berlin International Film Festival (Berlinale).

The Berlinale is a unique place of artistic exploration and entertainment. It is one of the largest public film festivals in the world, attracting tens of thousands of visitors from around the globe each year. The Generation sidebar in particular enjoys a unique position as the instigator of a convention-breaking young people’s cinema. It is a home for outspoken young audiences while also casting its spell on open-minded adults. Generation continuously monitors the space between being challenged and being overwhelmed and nurtures an open and controversial dialogue with the audience, artists, industry guests and film critics. The festival kicks off on February 7 and runs through February 17.

The nine-minute KIDS is an experimental project about the psychology of the group. The project is the second collaboration between director and animator Michael Frei and game designer Mario von Rickenbach following their award-winning animated short film and game Plug & Play. The final products will include a short film, that will see its world premiere at the Berlinale; an installation that premiered at the Museum of Digital Arts in Zürich, Switzerland in February 2018, and is currently on display in Tokyo; and an interactive animation that is set to release this year on mobile and PC.

KIDS is Double Fine Presents’ second experience publishing a game and short film crossover. The first was experimental title Everything from David OReilly, both game and film variants of which were critically-acclaimed. Everything was awarded “Most Amazing Game” from A MAZE, and “Most Innovative Game” from Games for Change. Additionally The Everything short film was selected to appear at The Berlinale, and made history in 2017 by winning a jury prize at the Vienna Shorts Festival, making it the first video game applicable to qualify in the Animated Short Film category at the Academy Awards.