We finally get a closer look at this beautifully stylized 92-minute special that tells the story of two young artists navigating love in New York City; show drops September 30 alongside the artist’s ‘Pursuit of Happiness’ album. 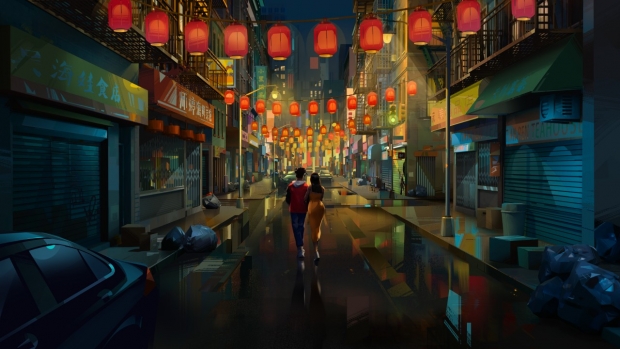 Kid Cudi’s animated Netflix special, Entergalactic, the visual complement to his eighth album of the same name, finally has a full trailer! Back in June, fans were shown a teaser trailer as part of Netflix’s Animation Showcase at the Annecy International Film Festival. Created by Scott “Kid Cudi” Mescudi and Kenya Barris, the 92-minute animated special (originally described as a series) tells the story of two young artists navigating the twists and turns of finding love in New York City.

In the film, a young artist named Jabari (voiced by Mescudi) attempts to balance love and success. Finding the latter brings Jabari a step closer to the former. When moving into his dream apartment, he meets his new neighbor, photographer it-girl, Meadow (voiced by Jessica Williams). An explosion of art, music, and fashion, Entergalactic takes place in the only city that can handle all three: New York.

In a now deleted Instagram post, Cudi calls Entergalactic his “greatest achievement”, saying, “This project will move you, it will take your heart places and make you fall in love again. I am so proud of every single person involved who helped bring my vision to life.” DNEG produced the animation – take a moment to enjoy the beautifully styled work: Entergalactic streams on September 30 only on Netflix, the same day the album is released.