Four-part CG animated miniseries based on the classic 1972 novel by Richard Adams arrives on Netflix on December 23. 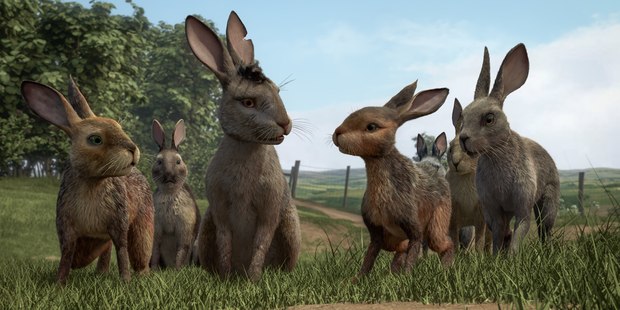 The BBC has released the first trailer for the forthcoming Netflix miniseries Watership Down, the CG-animated adaptation of the acclaimed 1972 novel by Richard Adams.

The four-part miniseries (first announced in 2015) stars X-Men: First Class actors James McAvoy and Nicholas Hoult as Hazel and Fiver, two brothers who lead a group of rabbits in search of a new home, or warren, after one of them gets a vision that their current one will be destroyed by humans. The group faces numerous trials along the way to finding their new warren of Watership Down, including attacks from predators and farmers...as well as a rising threat from a dystopian warren led by a totalitarian.

The new trailer sets up a dark version of the tale that appears to hew closely to the spirit of the original graphic novel. As John Boyega’s Bigwig warns, “This isn’t about cute rabbits, it’s kind of messed up.”