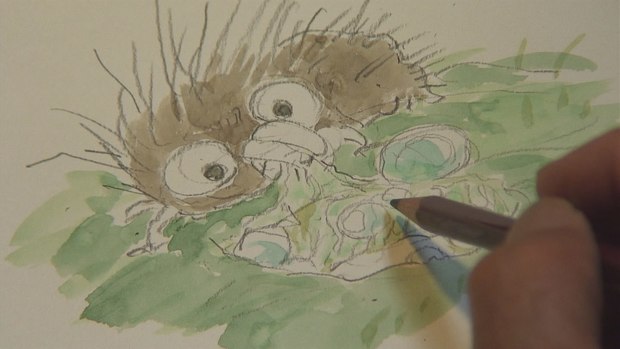 GKIDS has released a new trailer for the documentary feature Never-Ending Man: Hayao Miyazaki. Directed by Kaku Arakawa, the film arrives in U.S. theaters in a special two-day screening event on December 13 & 18. Tickets are available now at gkidstickets.com.

Never-Ending Man: Hayao Miyazaki follows formerly-retired film director and animator Hayao Miyazaki as he experiments for the first time with CGI. Miyazaki is a Japanese film director, producer, screenwriter, animator, author, and manga artist. In 1985 he co-founded Studio Ghibli and went on to direct highly influential and acclaimed animated films such as Castle in the Sky, My Neighbor Totoro, Princess Mononoke and Spirited Away -- which won the Academy Award for Best Animated Feature in 2003. Miyazaki’s critical and commercial success continued through his final run of films including Howl’s Moving Castle, Ponyo, and The Wind Rises. After the 2013 release of The Wind Rises, he announced his retirement from directing, however his endlessly inventive mind has turned towards new creative avenues.

Here’s the official synopsis, and you can check out the new trailer in the player below:

In 2013, film director and animator Hayao Miyazaki suddenly announced his retirement at the age of 72. But he couldn’t shake his burning desire to create. After an encounter with young CGI animators, Miyazaki embarked on a new endeavor, his first project ever to utilize CGI. But the artist, who had been adamant about hand-drawn animation, confronted many challenges. The film even faces the danger of being cancelled. Can an old master who thinks he’s past his prime shine once again? This program goes behind the scenes over two years as Miyazaki overcomes struggles to create his short film using CGI.