Studio Ponoc’s animated anthology comes to more than 500 U.S. cinemas in the original Japanese and English-dubbed versions on January 10 & 12. 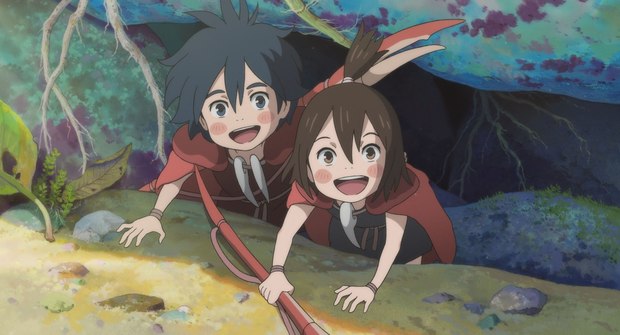 NEW YORK -- GKIDS and Fathom Events have announced the U.S. national debut of Studio Ponoc’s animated anthology Modest Heroes: Ponoc Short Films Theatre, Volume 1. This feature-length collection of three short films is the latest project from Studio Ponoc, the new Japanese animation studio founded by two-time Academy Award-nominee Yoshiaki Nishimura (The Tale of The Princess Kaguya, When Marnie Was There) and featuring many artists from the venerable Studio Ghibli. Modest Heroes is the studio’s follow-up to last year’s critically-acclaimed animated feature Mary and The Witch’s Flower, which was also presented in cinemas by Fathom Events and GKIDS. In addition to screening the anthology, attendees will view behind-the-scenes exclusive content on the making of Modest Heroes.

Modest Heroes comes to more than 500 U.S. cinemas on Thursday, January 10 at 7 p.m. local time (in Japanese with English subtitles) and Saturday, January 12 at 12:55 p.m. local time (in English). Tickets for Modest Heroes are available now at www.FathomEvents.com and www.ModestHeroesFilm.com or at participating box offices. For a complete list of theater locations, visit the Fathom Events website (theaters and participants are subject to change).

Modest Heroes is an ambitious collection of three thrilling tales -- Kanini & Kanino, Life Ain’t Gonna Lose, and Invisible -- created by some of the greatest talents working in Japanese animation today.