New feature from Studio Ghibli veteran Kitarō Kōsaka and famed anime studio Madhouse to screen theatrically in both its original Japanese language and a new English-dubbed version on April 22 & 23. 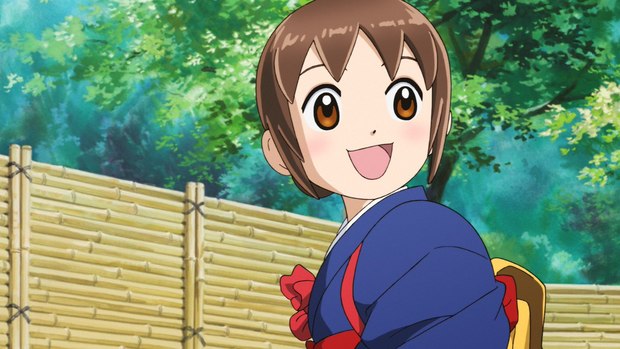 GKIDS has released a new trailer for Okko’s Inn, the new animated feature from Studio Ghibli veteran animator Kitarō Kōsaka and famed anime studio Madhouse. GKIDS and Fathom Events are once again teaming up to bring the film to theaters this April in both its original Japanese language and a new English-dubbed version. In addition to the feature, attendees will view an introduction from director Kitarō Kōsaka: The latest feature from famed anime studio Madhouse and director Kitarō Kōsaka, a key animator on numerous classic films at the venerable Studio Ghibli, Okko’s Inn had its world premiere at Annecy 2018, and also screened the Animation is Film Festival this past October.

Seamlessly blending immersive, idyllic landscapes with storybook charm, the anime feature follows Okko, who goes to live with her grandmother in the countryside after losing her parents. While she prepares to become the inn’s next caretaker, Okko discovers there are playful ghosts who live there, but only she can see them. Okko’s Inn delivers a rare ghost story that -- despite the presence of several floating characters -- is firmly grounded in the trials and joys of humanity.

Tickets for Okko’s Inn can be purchased online by visiting www.FathomEvents.com or www.OkkosInn.com and at participating theater box offices. Moviegoers throughout the U.S. will be able to enjoy these events in approximately 500 select movie theaters; a complete list of theater locations is available on the Fathom Events website (theaters and participants are subject to change).

Watch the new English-dubbed trailer in the player below: