Created by filmmaker Julian Grant as a tribute to movies of a bygone era, the award-winning film is now streaming on multiple platforms including Apple TV, YouTube, Amazon, Xfinity, and Vudu. 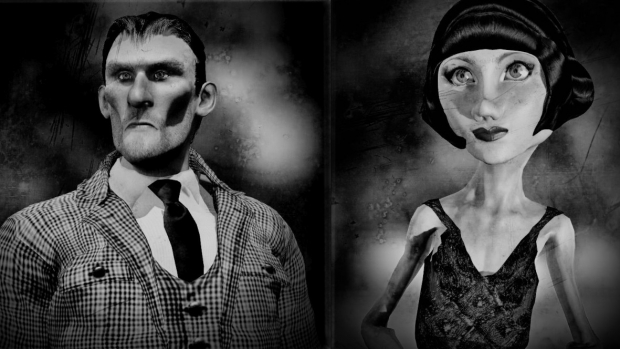 Julian Grant’s solo animated feature film, Coriander & A Penny’s Worth of Lonesome, is now streaming on multiple platforms including Apple TV, YouTube, Amazon, Xfinity, and Vudu. Initially showcased in festivals worldwide with the Lift-Off Network, the film was awarded a Gold Medal in the Animation Category by the International Independent Film Awards. The film is being distributed by 1091 Pictures.

Grant, a filmmaker, educator, and author, created the film over a course of two years. It is, as he describes, a self-animated love letter to Tin Pan Alley and the death of Rudolph Valentino. The film was created using a combination of CGI and stop-motion with a German expressionistic style, creating a unique design that captures the feel of a lost era.

Take a moment to watch the trailer:

When vaudeville performer Coriander Simm is plucked from the stage, she has no idea what lies ahead performing as Valentino's last love during his 1926 wake in NYC. Add an over-protective stepsibling with more than brotherly love on his mind and an amorous “puss-pitcher” from United Artists, plus a rival movie star intent on usurping Coriander's position as the bereaved suitor and you have got a loving tribute to the films of yesteryear and the Tin Pan Alley.

“I’m honored to have our work streaming nationwide on all of these outlets. Working with our distributor 1091 has been a dream,” noted Grant. “They’ve been able to get our small indie picture everywhere.”