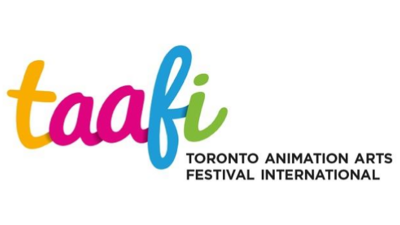 The Toronto Animation Arts Festival International (TAAFI) is back for a third year, bringing the best of animation arts from Canada and around the world to Toronto's Waterfront Corus Quay and the George Brown-Waterfront Campus from June 14-16.

Festival programming announced to date includes the Animation Arts Maarket, TAAFI Toonville, a selection of some of the best animation shorts from around the globe, and stellar guest lineup. Guests already confirmed for this year, with more to be announced, are:

Animation Arts Maarket: Situated immediately adjacent to TAAFI headquarters, at the George Brown College Waterfront campus, the Animation Arts Maarket with one of a kind original art books and toys by local and international animation artists. It is the perfect gathering place for everyone to talk art, buy art, sketch or just hang out and be nerdy.

TAAFI Toonville: Children and adults can learn about animation this Father’s day weekend! Participants will enjoy premiere screenings of the latest cartoons and International short films while meeting and learning from the animators, voice actors and artists behind them. The events will include hands on workshops, family portrait caricatures, cartoon face painting and drawing, drawing, drawing (all materials provided)!

Animation Shorts: Every year TAAFI selects the best-animated shorts from across the globe to screen at the Festival. This year’s selection is full of game changers including: Daisuke Tsutsumi and Robert Kondo’s The Dam Keeper, Masaaki Yuasa’s Kick-heart, Laurent Witz’s Mr. Hublot (nominated for ‘Best Animated Short’ at the Academy Awards), and Jeff Chiba Stearns’s Yellow Sticky Notes: Canadian Anijam. Don’t miss the opportunity to meet select filmmakers during the Fest at Q&A screenings, the Animation Arts Maarket and TAAFI Parties.

PLUS: Get your artwork noticed in the full color TAAFI Art Book. Attendees will be able to purchase these limited edition books at the Animation Arts Maarket. TAAFI will also be giving away copies to major studios and emailing a copy to everyone on the Festival mailing list.