TAAFI is seeking both shorts and feature length films from across the globe for its 2019 edition, running February 15-17. 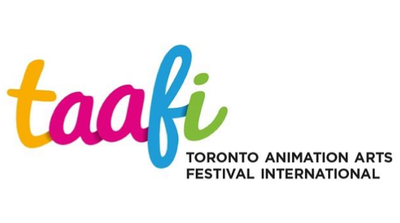 TORONTO -- The Toronto Animation Arts Festival International has announced its call for submissions for the upcoming animation film festival, TAAFI 2019, running February 15-17, 2019. With plans to screen more than 100 international films, TAAFI is seeking both shorts and feature length films from across the globe.

“TAAFI is going to take over Hot Docs Cinema during Canada’s Family Day weekend!” said Barnabas Wornoff, TAAFI Chair. “TAAFI is dedicated to show and celebrate the best animated shorts and features from across the world, to ones made right here in Toronto. It will be a feast for the eyes!”

Submissions are free. The deadline to submit is January 14, 2019. TAAFI 2019 competition categories include:

Founded in 2012, TAAFI is a not-for-profit arts organization whose mission is to make Toronto the premiere international destination for animated arts and entertainment. TAAFI hosts a Film Festival, an Industry Job Fair, a Speaker Conference and a variety of spontaneous industry and public events throughout the year inviting professionals and enthusiasts to celebrate and transform the art of animation. Past TAAFI guests have included Eric Goldberg (Disney’s Aladdin), Natasha Allegri (Frederator’s Bee and PuppyCat) and Josh Cooley (Disney•Pixar’s Inside Out).