Oscar-winning director of ‘The Danish Poet’ and ‘Me and My Moulton’ receives the top cultural prize in her native Norway, the Anders Jahre Prize for the Arts. 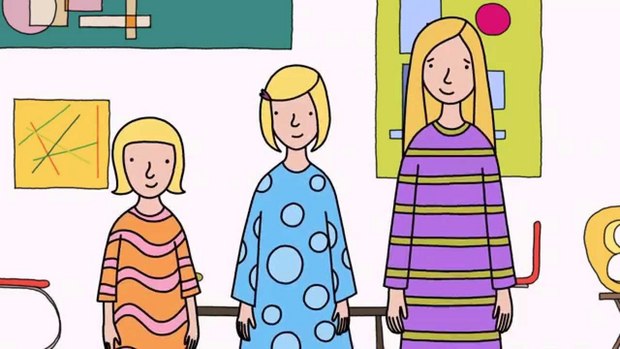 OSLO, NORWAY -- On September 3, Oscar-winning National Film Board of Canada (NFB) animator Torill Kove received the top cultural prize in her native Norway. Kove accepted the Anders Jahre Prize for the Arts at a ceremony in Oslo.

Torill’s 2006 short film, The Danish Poet (NFB/Mikrofilm AS), received the Academy Award for Best Animated Short at the 79th Academy Awards. She also received Oscar nominations for her 1999 directorial debut, My Grandmother Ironed the King’s Shirts (NFB/Studio Magica), and her most recent film, the 2014 animated short Me and My Moulton (NFB/Mikrofilm AS).

Born in 1958 in Hamar, Norway, Torill moved to Canada in 1982. After earning her master’s degree in Urban Planning at McGill University, Kove pursued a lifelong passion for drawing and sketching, studying animation at Concordia University. In addition to her film work, she is an accomplished author and illustrator of children’s books.

The Anders Jahre Prize for the Arts is awarded to Norwegian or foreign individuals or institutions that have made outstanding contributions to Norway’s cultural life.