Torill Kove Prepares for the Oscars with a New Clip

‘Me and My Moulton’ director Torill Kove releases a new clip inspired by her Oscar-nominated animated short. 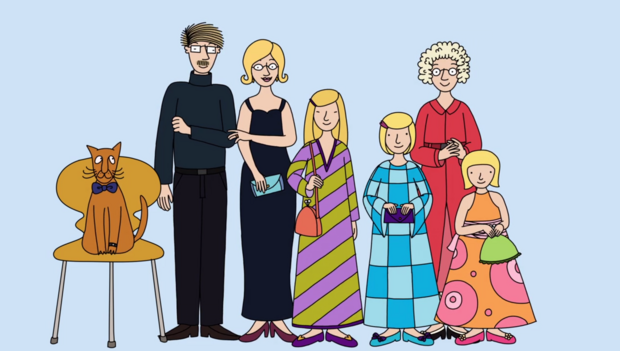 Following this morning’s announcement of the nominations for the 87th Academy Awards, Me and My Moulton director Torill Kove has released a new clip inspired by her Oscar-nominated animated short.

In the clip, entitled “Party Time,” Kove revisits the eccentric family vibe of Me and My Moulton as they prepares for the festivities ahead.

“I am so thrilled about this nomination and I really look forward to meeting the four other nominees,” Kove says about the nod from the Academy. “I feel honored to be on the same list as them!”

Me and My Mouton is Kove’s third short film, produced by the NFB and Mikrofilm in Norway, and following in the footsteps of the Oscar-winning The Danish Poet (2006) and the Oscar-nominated My Grandmother Ironed the King’s Shirts (2001). The gentle and captivating short takes audiences back to Kove’s childhood in Norway, where she tried desperately to fit in, to be honest with the people in her life, and to make sense of a world that seemed so odd and difficult to understand.

The other nominees for Best Animated Short Film in this year’s Oscar race are The Bigger Picture by Daisy Jacobs and Christopher Hees, The Dam Keeper by Robert Kondo and Dice Tsutsumi, Feast by Patrick Osborne and Kristina Reed, and A Single Life by Joris Oprins.

Academy Awards for outstanding film achievements of 2014, including Best Animated Short, will be presented at the Dolby Theatre in Hollywood on February 22.