Co-production from Korea’s Redrover and Canada’s ToonBox Entertainment is bringing the festivities to tablet maker Fuhu’s line of nabi tablets. 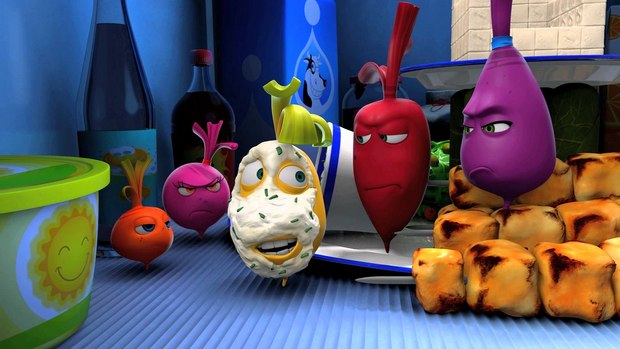 The beatboxing veggies of The Beet Party are bringing the festivities to tablet maker Fuhu’s line of nabi tablets, according to a report by Kidscreen.

A co-production from Korea’s Redrover and Canada’s ToonBox Entertainment, The Beet Party follows five hip beets who live in the fridge. Each episode sees the group beatboxing their way through the kitchen as they explore, experiment, build and play.

Marking new digital territory for the interstitial series, episodes of The Beet Party are also now available on the Android devices.

The deal with Fuhu was brokered by Sweden/L.A.-based Assorted Nuts Entertainment.