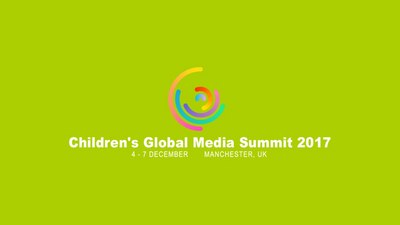 “Nothing matters more than shaping a better, safer and more creative digital world for children,” Hall commented about the event. “That’s why I’m really looking forward to the Summit -- and all of us getting together to make a difference for generations to come.”

“At Sesame Workshop, we have always used the latest technology to advance our mission of helping children everywhere grow smarter, stronger, and kinder. When we started out, that cutting edge medium was television. Since then, we’ve embraced every advance in order to reach and teach children around the world in new ways -- and the recent proliferation of digital platforms has brought opportunity and challenge in equal measure,” Dunn commented. “I look forward to sharing Sesame stories and strategies -- including lessons learned over nearly 50 years -- with colleagues across the industry at the Children’s Global Media Summit. I hope that we can start a broader conversation and find ways to work together to ensure the production and protection of safe, quality children’s media in years to come.”

Commissioned by the World Summit on Media for Children Foundation, the Summit takes place every three years in a different city across the world. In 2017 the event is being delivered in partnership between Conference Partners, BBC Children’s and Marketing Manchester. The Summit will be held at Manchester Central and it is estimated will bring a c£2m economic impact to the city.

Registration for tickets is now live at www.cgms17.com.