Live-streamed director’s panel will discuss their animated feature, which competed at Annecy 2017 and will be released worldwide on Netflix July 24. 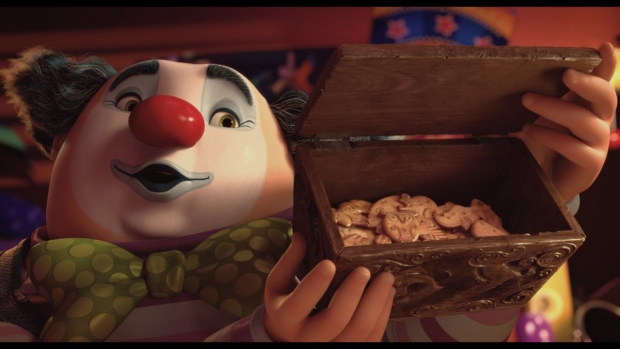 Directors Tony Bancroft and Scott Christian Sava will present a live-streamed Q&A discussing their 2017 animated feature, Animal Crackers, on Wednesday, June 17, at 9:00 am PST, on the Annecy 2020 Online platform. The festival is also presenting a set of video Making Of presentations about the film, which can be viewed by festival goers now through June 30 on the event website.

In the film, a family must use a magical box of Animal Crackers to save a run-down circus from being taken over by their evil uncle, Horatio P. Huntington. The film stars John Krasinski, Emily Blunt, Danny DeVito, Ian McKellen, Raven-Symoné, Harvey Fierstein, Sylvester Stallone, Gilbert Gottfried, Patrick Warburton, and Tara Strong.

Netflix will be releasing Animal Crackers in 190 countries this coming July 24. During his 12-year career with Disney Studios, Bancroft helped create and animate Pumbaa, the lovable warthog in The Lion King; Kronk, the dim-witted sidekick in The Emperor’s New Groove; Cogsworth the nervous clock from Beauty and the Beast; and Iago the pestering parrot in Aladdin. He co-directed Disney’s Mulan, for which he received the Annie Award for Director of the Year; and was animation supervisor of Sony’s Stuart Little 2, for which he received the Visual Effects Society’s top award for character animation. He recently went back into animation for Disney’s Mary Poppins Returns and, currently, Warner Brothers’ Space Jam 2 where he is animating Looney Tunes characters. He and his twin brother, Tom, started a popular podcast focusing on the animation industry called The Bancroft Brothers Animation Podcast, which is the #1 podcast for animation on iTunes.

Over the last twenty years, Scott Christian Sava's work has brought some of the world's most beloved characters to life in film, television, comics, and games. From Casper the Friendly Ghost to the Mighty Morphin Power Rangers to Star Trek and Spider-Man, Sava’s has worked on numerous projects at Disney, Universal Studios, Nickelodeon, and more.

For Sava, even before graduating from the Academy of Art in San Francisco, he became one of a handful of elite artists founding Sega of America in the early 90's. Before his 25th birthday, he was designing arcade games for Atari during the day, and illustrating Star Trek comics by night.

In 1995, Sava became one of the youngest artists ever to be inducted into the prestigious New York Society of Illustrators. Shortly after, he worked on his first feature film, Casper the Friendly Ghost. In 2000, he formed Blue Dream Studios, pioneering the concept of Virtual Studios where artists from all over the world would contribute through the internet, working with him on projects like Star Wars, X-Files, Aliens vs. Predator, and Spider-Man. By 2002, Blue Dream Studios began publishing its own content. Hyperactive, Pet Robots, My Grandparents are Secret Agents, and almost a dozen other books became critical and financial successes worldwide. In 2006, Disney purchased the rights to produce Pet Robots as a feature film. Since then, four other studios have similarly secured rights, with several more deals in development.

That same year, Sava began putting one of his projects, The Dreamland Chronicles, online for the world to read. A single page of the story every day would appear on the website. Now, over 29 million readers have come to the site and over 500,000 hits a day are generated.