Only in Torino! Chapters 1 and 2 of Netflix’s highly anticipated CG and stop-motion animated series, set in a world of Japanese mythology, to screen October 15, followed by Q&A with EP Kane Lee. 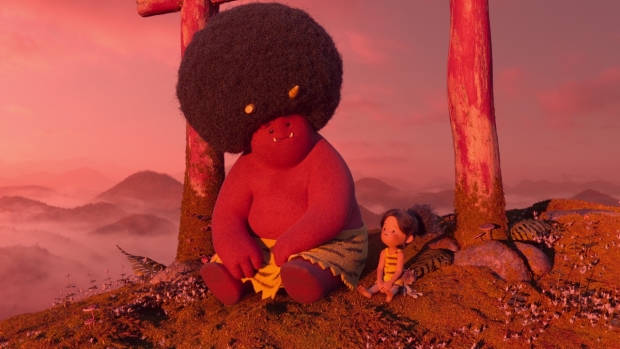 Produced by Tonko House, the series conjures a world filled with gods and monsters drawn from Japanese mythology. One of the oddball mythological creatures’ free-spirited daughters, Onari, is determined to follow in the footsteps of the mighty heroes of lore, but her unique powers are yet to be revealed. Does she have what it takes to fight to protect her peaceful village from the encroaching threat of the gods' mysterious enemies, the “Oni”? The series debuts on Netflix on October 21. “Having worked in Hollywood animation for over two decades, it’s been my dream for a long time to someday have a film that represents Japan and its culture, the culture I grew up in, not from the point of view of Hollywood, but from an authentic voice,” shared series creator, showrunner, and executive producer Daisuke “Dice” Tsutsumi. “This animated event will delight young audiences with its playful humor and fantastical world settings and will captivate adults with its cinematic storytelling and compelling depth of our hero’s journey. I hope that when viewers watch, they can also identify with this story because, one way or another, we all have struggled with the gap between who we want to be and who we truly are.”

The VIEWFEST 2022 international premiere of ONI: Thunder God’s Tale marks the show’s first screening outside the United States, following the official world premiere of Chapters 1 and 2, which played to a sold-out audience at San Francisco’s Castro Theatre on October 1, 2022.

“I am so proud that VIEWFEST is hosting this incredible international premiere of ONI: Thunder God’s Tale,” noted Conference Director Dr. Maria Elena Gutierrez. “Tonko House is a world-leading force in animation, and the studio’s latest production for Netflix gives audiences around the world a chance to experience the wonders of Japanese culture. I cannot think of a better way to enjoy 78 minutes of the very best in animation. The whole event is going to be unforgettable.”

Register to attend VIEW Conference in person or online via Livestream here.