Set for January 18, the upcoming virtual discussion will feature a conversation with the director/producer of Cartoon Saloon and Apple TV+’s latest animated feature; submit questions via email to participate in the Q&A. 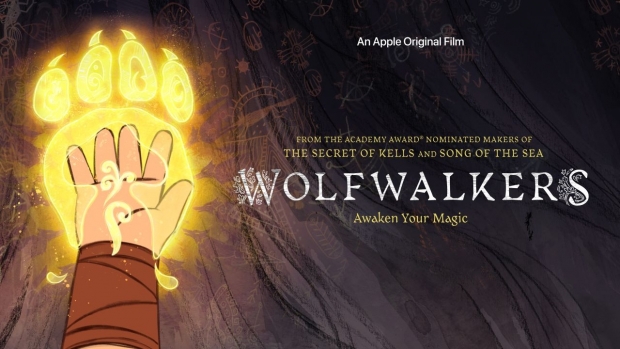 In collaboration with Cartoon Saloon & Apple TV+, and with support from Framestore, INDAC will present a free online event featuring a discussion with director/producer Tomm Moore about his new animated feature film, WolfWalkers. The free event will be held Monday, January 18 – 7:00 pm (Berlin/MEZ); 10:00 am Vancouver; 1:00 pm New York; 11:30 pm Delhi; and 05:00 am (January 19) Melbourne.

In a time of superstition and magic, a young apprentice hunter, Robyn Goodfellowe, journeys to Ireland with her father to wipe out the last wolf pack. While exploring the forbidden lands outside the city walls, Robyn befriends a free-spirited girl, Mebh, a member of a mysterious tribe rumored to have the ability to transform into wolves by night. As they search for Mebh’s missing mother, Robyn uncovers a secret that draws her further into the enchanted world of the WolfWalkers and risks turning into the very thing her father is tasked to destroy. Moore has worked with Cartoon Saloon as a director, art director, storyboarder, animator, and Illustrator on a range of projects from commercials to feature films, TV series and short films projects.

In 2010 he directed Academy Award nominated film The Secret of Kells followed by Song of the Sea in 2015. He also co-directed the “On Love” segment for The Prophet, a feature animation produced by Salma Hayek based on the Kahlil Gibran's book “The Prophet.” Moore received the Directors Guild of Ireland and America’s Finder’s Series Award in 2008 and European Director of the year at Cartoon Movie in 2009.