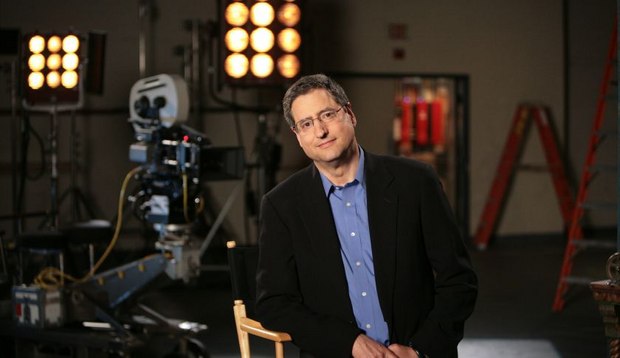 Tom Rothman has been named the next head of Sony’s Motion Picture Group, according to a report by The Wrap. The move comes less than three weeks after the resignation of Amy Pascal, embattled former Sony Pictures Entertainment co-chairman and chairman of the Motion Pictures Group.

“I am grateful for and humbled by the opportunity to lead the Motion Picture Group,” Rothman reportedly said in a statement. “I have had the pleasure of working closely with the exceptionally talented teams at SPE for the past year, and I am excited to build on those relationships in this new role. I want to thank Michael and Amy for their support ever since I came to the lot with TriStar. I am thrilled at this rare opportunity to lead the Motion Picture Group at such an exciting and transformative time for the studio.”

Sony also announced the extension of Lynton’s contract, although the company did not provide additional details. He will continue to oversee Sony’s global entertainment businesses, which include Sony Music Entertainment, Sony/ATV Music Publishing and SPE.

“Tom has had an extraordinary career and we are thrilled to have him run the Motion Picture Group,” Lynton commented regarding the new appointment. “Tom’s creativity, strong talent relationships and track record of enduring films and commercial success are unparalleled in this industry and exactly what we are looking for to grow our film business. Having run Fox Filmed Entertainment during a time of great successes and growth for that studio, and then producing at TriStar here at SPE, Tom knows this business inside and out like few others do.”

Rothman is currently chairman of SPE’s TriStar Productions. In his new role, he will continue to oversee TriStar and its slate of films “for the near term.” TriStar’s forthcoming slate includes Ricki and the Flash, Billy Lynn, Money Monster and The Walk.

Previously, from 2000 to 2012, Rothman ran Fox Filmed Entertainment, where he oversaw both Titanic and Avatar. Prior to that, Rothman founded Fox Searchlight, headed Worldwide Production for the Samuel Goldwyn Company and worked at Columbia Pictures. He has also been an entertainment lawyer and independent producer.

Pascal, meanwhile, will produce the next installment of the Spider-Man franchise alongside Marvel’s Kevin Feige in a new partnership between the two studios announced earlier this month.

You can read the full press release from Sony, below:

Under the deal, the new Spider-Man will first appear in a Marvel film from Marvel’s Cinematic Universe (MCU). Sony Pictures will thereafter release the next installment of its $4 billion Spider-Man franchise, on July 28, 2017, in a film that will be co-produced by Kevin Feige and his expert team at Marvel and Amy Pascal, who oversaw the franchise launch for the studio 13 years ago. Together, they will collaborate on a new creative direction for the web slinger. Sony Pictures will continue to finance, distribute, own and have final creative control of the Spider-Man films.

Marvel and Sony Pictures are also exploring opportunities to integrate characters from the MCU into future Spider-Man films.

The new relationship follows a decade of speculation among fans about whether Spider-Man – who has always been an integral and important part of the larger Marvel Universe in the comic books – could become part of the Marvel Universe on the big screen. Spider-Man has more than 50 years of history in Marvel’s world, and with this deal, fans will be able to experience Spider-Man taking his rightful place among other Super Heroes in the MCU.

Bob Iger, Chairman and CEO, The Walt Disney Company said: "Spider-Man is one of Marvel’s great characters, beloved around the world. We’re thrilled to work with Sony Pictures to bring the iconic web-slinger into the Marvel Cinematic Universe, which opens up fantastic new opportunities for storytelling and franchise building."

"We always want to collaborate with the best and most successful filmmakers to grow our franchises and develop our characters. Marvel, Kevin Feige and Amy, who helped orchestrate this deal, are the perfect team to help produce the next chapter of Spider-Man," said Michael Lynton, Chairman and CEO of Sony Pictures Entertainment. "This is the right decision for the franchise, for our business, for Marvel, and for the fans."

"Sony Pictures and Marvel Studios share a love for the characters in the Spider-Man universe and have a long, successful history of working together. This new level of collaboration is the perfect way to take Peter Parker’s story into the future," added Doug Belgrad, president, Sony Pictures Entertainment Motion Picture Group.

"I am thrilled to team with my friends at Sony Pictures along with Amy Pascal to produce the next Spider-Man movie," said Marvel Studios President Kevin Feige. "Amy has been deeply involved in the realization on film of one of the world’s most beloved characters. Marvel’s involvement will hopefully deliver the creative continuity and authenticity that fans demand from the MCU. I am equally excited for the opportunity to have Spider-Man appear in the MCU, something which both we at Marvel, and fans alike, have been looking forward to for years."

Spider-Man, embraced all over the world, is the most successful franchise in the history of Sony Pictures, with the five films having taken in more than $4 billion worldwide.

ABOUT MARVEL ENTERTAINMENT
Marvel Entertainment, LLC, a wholly-owned subsidiary of The Walt Disney Company, is one of the world's most prominent character-based entertainment companies, built on a proven library of more than 8,000 characters featured in a variety of media over seventy-five years. Marvel utilizes its character franchises in entertainment, licensing and publishing. For more information visit marvel.com ©2015 MARVEL.