As the company’s new partner and creative director, Jacobsen will apply his signature blend of filmmaking artistry and strategic thinking to creating visual content for advertising and branded installations. 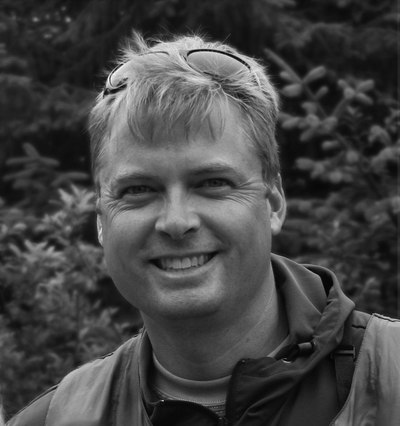 MINNEAPOLIS, MN -- VOLT Studios has welcomed Tom Jacobsen as the company’s new Partner and Creative Director. At VOLT Studios, Jacobsen will apply his signature blend of filmmaking artistry and strategic thinking to creating visual content for advertising and branded installations.

“We are thrilled to have Tom join our team at VOLT Studios as Partner,” comments Volt CEO/Partner Charlie Lach. “Tom is a masterful designer and visual effects artist and he brings these talents to VOLT Studios as Creative Director. He has worked with the company partners previously, so we know he is the perfect fit and will add a new dimension to our projects and the company overall.”

“I have watched my friends at VOLT Studios strategically grow and evolve the company to partner with agencies and clients during development through execution,” explains Jacobsen. “The creative respect and trust that comes with this close collaboration is exciting and I look forward to expanding opportunities as Creative Director at VOLT Studios.”

According to Steve Medin, VOLT Studios’ Owner/VFX Artist/Creative Director, "Tom and I flirted with the idea of partnering upon VOLT Studios’ inception, but the timing wasn't right. It is now.”

Most recently a filmmaker and Design Director at Pixel Farm, Jacobsen has lent his creative voice to projects on many levels, including directing and animating projects for all screens. Target, 3M, Best Buy, Smirnoff and other noted brands and their respective agencies have collaborated with Jacobsen to bring ideas to life. Jacobsen’s contribution to commercials and music videos has been recognized with honors from the AICP Show and MTV Music Video Awards.

National and international film festivals have screened Jacobsen’s captivating, lyrical short films for motionpoems.com, a nonprofit that brings poets and filmmakers together to create compelling hybrid films. His most recent film premiered this October at the Weisman Museum as part of the exhibit Big Bridges. A Collaboration. He’s also crafted media for experiential and site specific projects for Minnesota Twins’ stadium, the Golden State Warriors arena, New York’s Grand Central Station, and the Coca-Cola Theater in Atlanta and the Walker Art Center.

Jacobsen received traditional art training at St. Olaf College and was awarded an MFA from UCLA film school. Following graduation from UCLA, Jacobsen worked in Los Angeles as a 3D artist and Art Director for video games before becoming a Lead VFX Artist on feature films. His move to Minneapolis, working at both Crash & Sue’s and Pixel Farm, deepened his experience in short form and advertising. Over the years, he has applied his passion for storytelling to a variety of mediums and applications.

“As someone who began as a filmmaker and fine artist, I love the direction the industry it taking,” comments Jacobsen. “There’s a growing emphasis on enhanced collaboration, a blurring of traditional lines, both in terms of partnerships and media approaches. The result is a stronger product. VOLT Studios is a great environment to explore and develop what’s next for our clients.”