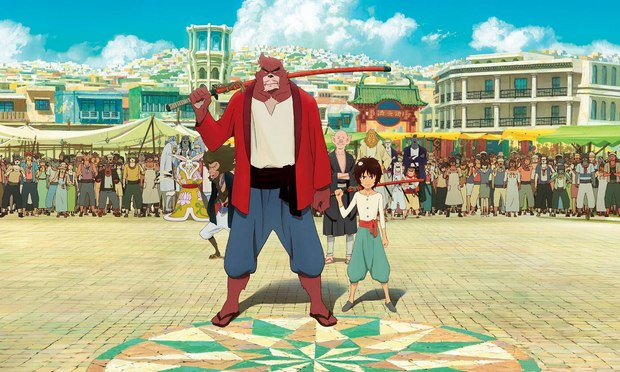 TOKYO – The Tokyo International Film Festival has announced that the 29th edition of the festival will be highlighting the work of two iconic directors: Mamoru Hosoda and Shunji. TIFF runs this year October 25 through November 3, 2016.

This year’s Animation Focus will shine a spotlight on Mamoru Hosoda, the inventive director whose Summer Wars (2009) and Wolf Children (2012) were local and international hits, and whose latest work, The Boy and the Beast (2015), became the highest-grossing local film at the Japanese box office in 2015, as well as being distributed in nearly 50 territories overseas. Hosoda’s universal themes and gift for storytelling have attracted audiences worldwide and his devoted fan base continues to expand with each new release. The festival will be screening all of Hosoda’s major films.

“Mamoru Hosoda is a director who evolves with the times. Using as motifs universal themes such as romance, marriage, childrearing and family, he deftly wields the power of expression only available to the form of animation to spin stories that are emotive, more than anything,” commented Ryusuke Hikawa, Anime Critic/Visiting Professor, Meiji University Graduate School. “Now is an opportunity to once again follow the path of this artist’s diligence and growth, to take a close look at his art, and bring it to the world.”

Born in 1967, Hosoda began his career as an animator at Toei Animation, before making his directorial debut with Digimon Adventure (1999). After leaving Toei, he directed The Girl Who Leapt Through Time (2006), which became a record-breaking hit in Japan, as well as receiving a Special Mention at the Annecy Animation Film Festival. In 2009, Hosoda’s Summer Wars was selected for the Berlin Film Festival’s Generation section. In 2011, he cofounded the Studio Chizu animated film studio with producer Yuichiro Saito. In 2012, Wolf Children was a big hit around the world, with admissions in France alone topping 220,000. His latest film, The Boy and The Beast (2015), tallied nearly five million admissions in Japan, became the first animated film in the main Competition at the San Sebastian Film Festival, and is still playing in theaters all over the world.

Following his recent experiences in Hollywood and in animation, the Director in Focus in TIFF’s Now section will be internationally acclaimed creator Shunji Iwai, whose groundbreaking style and youth-focused vision are known as the “Iwai Aesthetic.” From Love Letter (1995), which put him on the world stage, through the acclaimed All About Lily Chou-Chou (2001) and Hana and Alice (2004), to his latest film, A Bride for Rip Van Winkle (2016), Iwai’s films have continued to be in a class all their own receiving critical acclaim internationally.

Born in 1963, Shunji Iwai’s directing career began in 1988 with commercials, music videos and TV dramas, soon earning him acclaim for his cinematic style and vision, which came to be known as the “Iwai Aesthetic.” In 1995, he scored a huge hit across Asia with Love Letter and in 1996, PiCNiC won him a second consecutive award in the Forum section of the Berlin Film Festival, bringing him to even greater international attention. Swallowtail Butterfly (1996) blazed a new trail in movie and music collaboration, and All About Lily Chou-Chou (2001) won awards at Berlin and Shanghai. Other major works include Hana and Alice (2004), a segment in the omnibus film New York, I Love You (2009) and his first English-language film, Vampire (2012), which played in competition at Sundance and in the Berlin Panorama section. Iwai’s first feature-length animated film, The Case of Hana & Alice, was invited to the 2015 Annecy Animation Festival. His latest film, A Bride for Rip Van Winkle (2016), was released in Hong Kong and Taiwan prior to domestic release in Japan.

TIFF is dedicated to discovering and cultivating new filmmakers from around the world, whose work is highlighted in our Competition section, as well as to presenting internationally acclaimed titles during our 10-day festival. In the past two years, we have launched new sections to showcase Japanese filmmakers who are also in the international spotlight.

With the Japanese Classics section, which highlights masterpieces ripe for rediscovery, and Japanese Cinema Splash, a competitive section that introduces new work by independent Japanese filmmakers, TIFF also showcases talent and films from the past to the present, and beyond.