Fans can now watch all 26 episodes of the 1970s cartoon series for free, as both seasons of the short-lived show are now streaming. 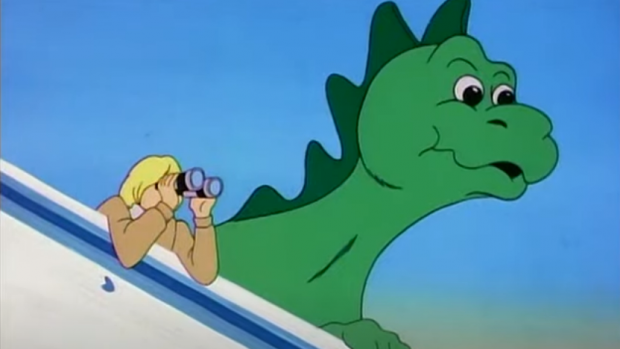 As of today, the second season of Hanna-Barbera’s late-’70s Godzilla cartoon series is available to watch free on Toho’s official Godzilla YouTube channel. By adding Season 2’s 13 episodes to the platform, the company has now enabled fans to revisit the short-lived show in its entirety.

Season 1 of Hanna-Barbera’s Godzilla debuted in 1978 as part of The Godzilla Power Hour, along with the woman-led, Tarzan-inspired cartoon show Jana of the Jungle. One of the first American renditions of Godzilla, the show embraced a kid-friendly tone, casting the titular kaiju as a protector of peace who’s summoned whenever a plucky team of scientists are in danger. The series was expanded to 90 minutes in November 1978, and eventually got its own half-hour, The Godzilla Show, from September to December of 1979.

Since its brief stint, Hanna-Barbera’s Godzilla became perhaps best remembered for its inclusion of “Godzooky” -- Godzilla’s dopey nephew, who provides the same goofiness as the Japanese films’ Minilla and Godzilla Junior, but less of their cuteness and none of their physical prowess.

Until now, Hanna-Barbera’s Godzilla has been unavailable to the public, either online or by of a physical media release. After attracting a solid online viewership with the restoration of the first season, all 26 episodes of the show will at last live on Toho’s channel indefinitely.