Fathom Events will present the special two-day engagement of the feature with English subtitles. 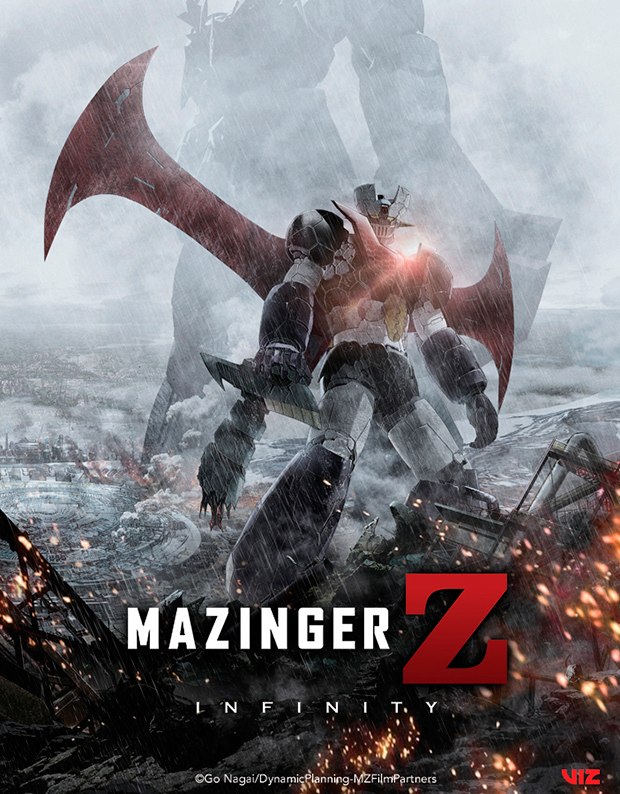 Mazinger Z is one of Japan’s most revered sci-fi properties. The new film, which was produced by Toei Animation, takes place ten years after the conclusion of the Mazinger Z TV series, which was based on the manga by Go Nagai. VIZ Media has secured the theatrical, broadcast, digital streaming, EST, and home video rights for the U.S. and Canada from Toei Animation.

In addition, in partnership with Fathom Events, Mazinger Z: INFINITY will receive a special two-day-only English-subtitled presentation across the U.S. on Feb. 11 and 12.

Attendees will receive an exclusive Mazinger Z: INFINITY poster, while supplies last). For a complete listing of participating theaters and to purchase tickets, please visit www.FathomEvents.com/events/mazinger-z-infinity.

Ten years ago, the villainous scientist Dr. Hell led his wicked followers, known as the “Underground Empire,” in a struggle to destroy all of humanity. It was against these forces that the young hero Koji Kabuto fought, piloting the legendary super robot “Mazinger Z.” Koji’s victory stopped Dr. Hell’s evil plan and returned peace to the Earth.

Now Koji has left the pilot seat behind and become a scientist in his own right, following in his father’s and grandfather’s footsteps. Yet an unexpected encounter deep under Mount Fuji triggers an even greater threat to mankind than ever before and alters Koji’s destiny forever. With humanity’s fate in their hands, Koji and Mazinger Z face a choice between good … and evil.

“Mazinger Z is one of Japan’s most celebrated sci-fi properties and is an instantly recognizable icon of the super robot genre,” says Masayuki Endo, Toei Animation Inc.’s president & CEO. “We are very pleased to work so closely with VIZ Media to bring this exciting new anime movie to fans across North America.”

“Mazinger Z is a groundbreaking property that has helped to define the super robot and mecha genres for over four decades,” says Charlene Ingram, VIZ Media’s director of animation marketing. “The new film is a fitting testament to the enduring popularity of the franchise as well as the iconic works of Go Nagai. We look forward announcing details on the theatrical premiere in the very near future.”