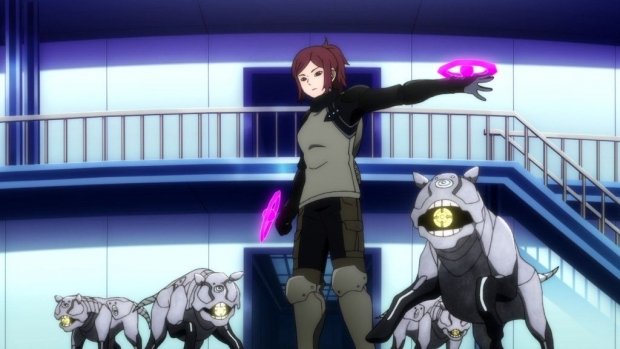 Toei Animation Inc. has announced that the eagerly awaited Season 2 release of World Trigger will be available on leading streaming platforms Crunchyroll and Anime Digital Network in France, making the new season accessible to anime fans around the globe. The launch will be simultaneous to the Japanese premiere on Saturday, January 9, 2021; the debut will be on several streaming services with a shared simulcast window. Toei Animations in Japan also made a surprise announcement that a third season of the popular sci-fi action series is in the works.

“We’re excited to partner with Crunchyroll and Anime Digital Network to bring World Trigger Season 2 to fans on their streaming services,” commented Toei Animation Inc president and CEO Masayuki Endo. “We’re thrilled the new season is accessible to fans around the world and look forward to the simultaneous premiere of Season 2 together with Japan on January 9.”

World Trigger is based on the sci-fi action manga series of the same name written by Daisuke Ashihara and launched in 2013. With 21 volumes in print, it was initially serialized by Shueisha in Weekly Shōnen Jump before moving to Jump Square in late 2018, where it continues to be published today. Toei Animation produced the original 73-episode series, which aired from 2014 to 2016 in Japan. For the new production, Toei Animation brought together a new series director, Morio Hatano (Dragon Ball Super, Future Trunks saga), with key members of the original team as well as the original voice cast including Hiroyuki Yoshino (series composition writer for Eps 1-48), Kenji Kawai (music composer), and Toshihisa Kaiya (character designer).

Toei Animation is planning a special livestream event for fans which will be announced in detail at a later date. Fans are encouraged to catch up on the complete first season of World Trigger which is available on Crunchyroll now in Japanese with English sub and English dub. The Border Defence Agency was established to counter the attacks from the “Neighbors,” beings from another other world possessing unknown forces. A low rank border agent teams up with a neighbor and a childhood friend. Together they attempt to win the Rank Wars within the Border in hopes of being selected for the away squads that journey to the Neighborhood.  Meanwhile, another attack from the Neighborhood hits Mikado City while the city is still reeling from the damage suffered during a large-scale invasion by the largest military nation, Aftokrator. Trying to prevent panic among the people of the city, the Border secretly deploys A-Rank elite squads. But when a Gate appears and Attacker rank #1 is set into action, they are faced with an ominous future.