Toei Animation will screen ‘Saint Seiya: Legend of Sanctuary’ at Lucca Comics and Games Festival in Italy before its nationwide release in February 2015. 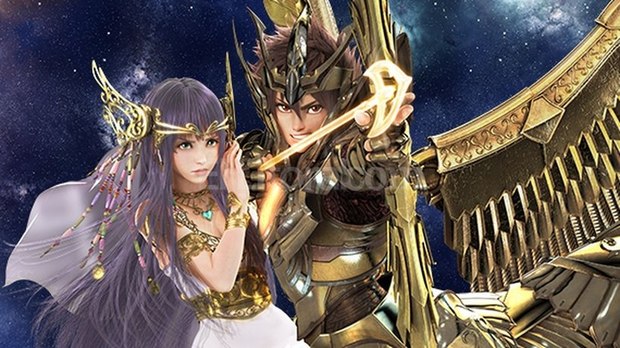 Paris, France -- Toei Animation’s CGI-animated feature film, Saint Seiya: Legend of Sanctuary, will be given a special live screening on Saturday, November 1, at the upcoming Lucca Comics and Games Festival in Italy before its nationwide release on February 12, 2015.

Distributed in Italy by Lucky Red, Saint Seiya: Legend of Sanctuary is the highly-anticipated 3D, CGI feature film based on the iconic manga and television series from the 1980’s. Broadcasted in over 80 countries, along with 34 million copies of the manga sold, Saint Seiya spearheaded anime’s global popularity. Directed by famed Japanese animated filmmaker, Keiichi Sato and executive produced by its original creator, Masami Kurumada, Saint Seiya: Legend of Sanctuary, is a modern retelling of the series acclaimed “Sanctuary Saga” arc, which sees the Saints racing against a twelve hour deadline in order to save the Princess Athena from an impending death. Featuring intense action, powerful drama and music from legendary JPop star, Yoshiki, Saint Seiya:  Legend of Sanctuary is an unprecedented cinematic achievement from the world’s most respected anime powerhouse.

Speaking at the event will be director Keiichi Seito, alongside producer Yosuke Asama and film score conductor Yoshihiro Ike.

“We are delighted to join attendees at this year’s Lucca Comics and Games Festival and present Saint Seiya: Legend of Sanctuary to audiences for the first time,” said Ryuji Kochi, Managing Director of Toei Animation Europe “Working with Lucky Red, the amount of anticipation that has been built up over these past several months has been tremendous.”