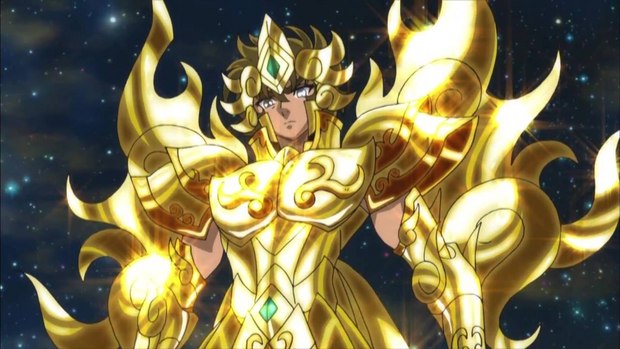 Tokyo, Japan -- Saint Seiya soul of gold, the newest chapter of Toei Animation’s internationally successful Saint Seiya franchise, will debut globally at MIPTV following its April 10 premiere on the Bandai Channel in Japan and Daisuki in Europe (excluding France and the French-speaking European territories). The French group AB acquired the TV and DVD rights and the channel will simulcast the original version subtitled in French whereas the online platform Crunchyroll acquired the VOD rights of the series to broadcast it online in Europe except in France and all the French-speaking European territories. Moreover Soul of gold dedicated channel will also be launched on YouTube for Italian fans.

The start of a brand-new story arc, Saint Seiya soul of gold begins with the resurrection of the Gold Saints, who seemingly died in the previous series. Finding themselves in a strange, beautiful world overflowing with light, the twelve Saints soon discover that even death does not keep a warrior down. Taking the heroes on an adventure to save a legendary city from an ancient god bent on vengeance, Saint Seiya soul of gold takes the franchise in an unimaginable, new direction.

Saint Seiya was first introduced as a manga and television series in 1986. Since then, it has captured the imaginations of fans around the world and boasts a variety of spin-off media, including books, video games, musicals and feature films – the most recent being the CGI-animated Saint Seiya: Legend of Sanctuary, which was released to acclaimed reviews.

“We have set out to challenge ourselves creatively with Soul of Gold,” said Ryuji Kochi, General Manager of Toei Animation Europe. “Our latest chapter pushes the envelope with its memorable story, stunning visuals and captivating music. We are delighted to introduce soul of gold to audiences around the world and appreciate their continued support of this nearly 30-year old franchise.”