Stop-motion animated kids show is acquired by the only Spanish-language television network affiliated with public television stations in the U.S. 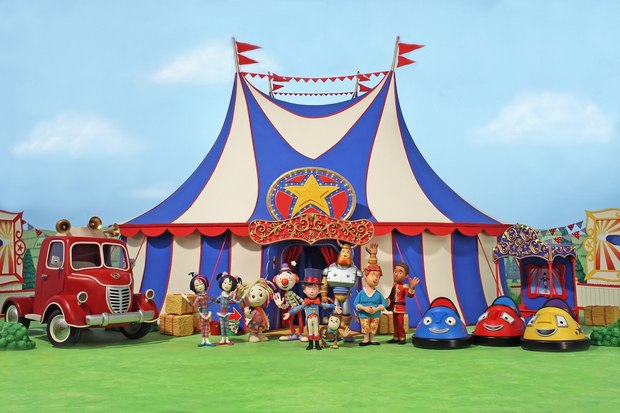 The pre-school animation has, to date, been sold to over 28 territories making it a global success and a popular program for 4-7 year olds. The recent 2015 barb figures reveal the program reached 60% of the total UK population of girls, aged 4-6 and 49.8% of the total UK population of boys aged 4-6. The program is currently running on popular children’s TV channels Milkshake and Tiny Pop in the UK.

Toby’s Travelling Circus is an animated series aimed at 4-7 year olds, following the charismatic Toby, a seven year old boy who is the Ringmaster of a travelling circus and fairground. With his mischievous toy monkey Momo by his side, Toby has to make sure he and his friends put on a spectacular show for the audience everywhere they go. Produced in the UK by Komixx Media Group and developed with stop-motion animation by Manchester-based production company MacKinnon & Saunders.

Andrew Cole-Bulgin, joint CEO and Head of Film & TV, Komixx Media Group commented, “Toby is a wonderful and much loved series enjoyed by preschoolers all over the world. We are delighted that it will now be available to millions of Spanish viewers who tune into Vme Media, Inc., on a daily basis. This is an exciting new audience for Toby to connect with.”

With Toby’s first foray into the Hispanic market, Vme TV’s focus is on providing educational content for its 70 million Hispanic households who tune into the American broadcaster every day.

“Broadcasting Toby’s Traveling Circus to our young viewers is an exciting adventure for us at Vme TV,” said Doris Vogelmann, Vme Media Inc’s vice-president of programming. “We pride ourselves in partnering with world-renowned entertainment companies such as Komixx that are truly educational and provide a great deal of entertainment to the youngsters with useful life skills and values.”