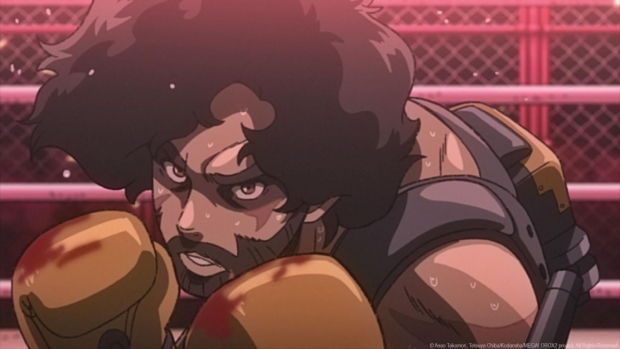 TMS Entertainment will host “Women in Anime,” a female-centric anime event, at the 17th Annual LA Femme International Film Festival that is free to the public and will run virtually from October 14-17. The segment will feature a panel with women creators Minako Fujiyoshi (Megalobox, Megalobox 2: Nomad) and Jinko Gotoh (Klaus, The Little Prince), followed by 2 episodes of the popular Megalobox anime series sequel, Megalobox 2: Nomad. Sign up here. Set seven years after the conclusion of the first season, Megalobox 2: Nomad continues the story of "Gearless" Joe, a former megalobox champion whose meteoric rise was told through the first season of the popular anime series. Now covered in scars and sporting his old gear, Joe reemerges from the shadows as “Nomad” returning to the ring to fight in the underground matches once again. The sequel series is currently available worldwide, exclusively on Funimation; Asian territories exempting.

Fujiyoshi is TMS Entertainment’s first female producer, making her debut on the Megalobox project. She previously worked within the TMS production division on numerous titles including Hamtaro, the Anpanman Movies, Lupin the Third: The Woman Called Fujiko Mine and Sweetness and Lightning (original title: Amaama to Inazuma).

Gotoh is an Oscar-nominated producer and consultant in the animation industry. Known for discovering and nurturing diverse, creative talent, Gotoh also explores new technologies for the creative process. She is currently in production of her second animated feature for Netflix, with Mark Osborne directing. Her other producing screen credits include 2020 BAFTA winner and Oscar-nominated Klaus, The Lego Movie 2: The Second Part, The Little Prince, Oscar-nominated The Illusionist, 9, and Oscar-winning Finding Nemo.  Gotoh serves as vice president for Women in Animation and is on various committees for the Academy of Motion Pictures Arts and Sciences; she is co-chair for Animation and VFX Committee for the Producers Guild of America.

“TMS Entertainment has been a great and supportive partner with LA Femme and their long-standing, creative anime series is a wonderful addition to the festival!” shared LA Femme’s Leslie LaPage.