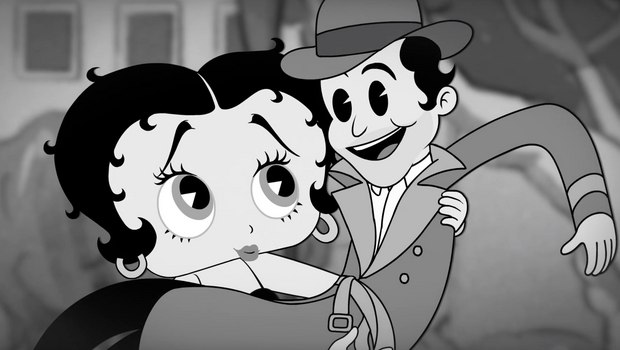 The animation was conceived by Frank Caruso, King Features’ Vice President, Creative Services, in collaboration with Posen and is part of a larger Betty Boop campaign that reveals a new dress collection designed by Zac Posen and a new M·A·C Cosmetics lipstick shade, both using an exclusive Pantone color, “Betty Boop Red.”

“As a cartoonist, I consider Betty Boop the eighth Wonder of the World,” Caruso said. “When Max Fleischer dipped his pen into the inkwell, out came a masterpiece that would influence generations of artists, animators, musicians and fashion designers.

It has been nearly 30 years since Betty Boop has appeared in new animation and this is the first time that she has been animated for the digital age. Realizing that there would be no shortage of animation studios that would leap at the chance to work on Betty Boop, King Features, alongside Betty Boop owner Fleischer Studios, reviewed the contenders and decided to reach out to New York City-based Titmouse and, for a completely original music score, to Nylon Studios, also based in the Big Apple. The playful three-part animated short they produced harkens back to the original Fleischer Studios Betty Boop animation with a contemporary soundtrack meant to engage viewers and gradually introduce her signature vibrant red color.

The piece features a voiceover from Posen, which was recorded in Nylon’s NYC studio, and marks the first time the renowned designer has been recreated as an animated character. The contemporary soundtrack accompanying the animation was crafted by Nylon composer Zac Colwell and acts as a melodic ringleader to the bustling and flashy world of speeding taxis, whimsical dress reveals, climatic street arguments and Betty’s hypnotizing winks that take part during Betty and Posen’s adventures in New York City.

First introduced in 1930, Betty Boop was created by Max Fleischer for his “Talkartoons” series, the first “talkies” of animation, which Max’s company, Fleischer Studios, produced for Paramount. Mae Questel provided Betty’s distinctive voice. By 1932, Betty, considered to be the first and only female animated screen star, had taken the country by storm. Betty starred in more than 100 cartoons, 90 of which are included in the official “Betty Boop” series, which ended in 1939. Since then, Betty has appeared in dozens of hit movies, television specials and commercials. She was the first cartoon character to be profiled by A&E’s “Biography” series.