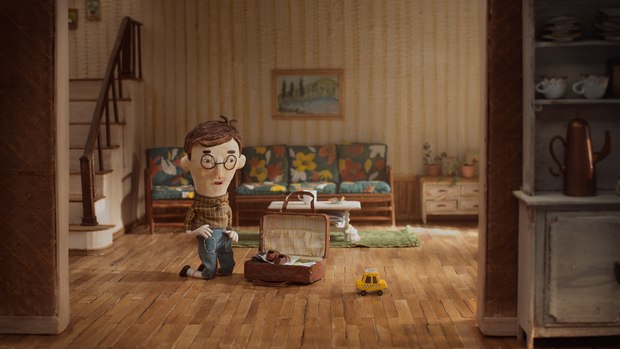 The filmmakers behind the Oscar-nominated animated short film 'Negative Space' have signed with 1stAveMachine for representation in the United Kingdom.

Tiny Inventions, the Baltimore, Md.-based animation duo behind the Oscar-nominated short film Negative Space, has signed to 1stAveMachine in London for U.K. representation. Tiny Inventions is comprised of Max Porter and Ru Kuwahata, who have been collaborating for more than a decade on short films, TV commercials and music videos.

Based on a 150-word poem by Ron Koertge, Negative Space depicts a father-and-son relationship through the art of packing a suitcase. It has won 52 major awards and been played in over 137 festivals around the world.

“There’s a real sense of joy that comes through in everything that 1stAveMachine does and we’re excited to see where this collaboration will take us,” says Kuwahata.

“I loved Ru and Max from the first moment we talked,” says Isabella Parish, MD of 1stAveMachine. “They are charming, talented, and up for jumping into new challenges.”

Tiny Inventions is represented by Noble Animation in the United States.