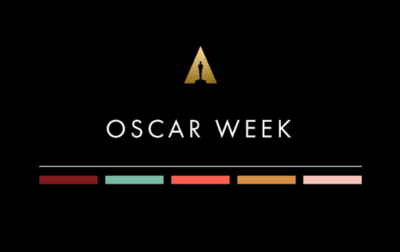 LOS ANGELES -- In the week leading up to the 89th Oscars, the Academy of Motion Picture Arts and Sciences will present a series of public programs celebrating this year’s nominees in the Animated Feature Film, Documentary Feature, Documentary Short Subject, Foreign Language Film, Makeup and Hairstyling, and Animated and Live Action Short Film categories. All events will be held at the Academy’s Samuel Goldwyn Theater in Beverly Hills.

The Oscar Week schedule is as follows:

Amend is a film editor whose film credits include The Case against 8 and the Oscar winning documentaries Into the Arms of Strangers: Stories of the Kindertransport and The Long Way Home. Kennedy is a director-producer who received an Oscar nomination in 2015 for the documentary feature Last Days in Vietnam. Her other credits include Ethel and Ghosts of Abu Ghraib. All the films nominated in the Documentary Feature and Documentary Short Subject categories this year will be presented in an evening of clips and onstage discussions with the filmmakers (schedules permitting).

Docter and Rivera took home Animated Feature Film Oscars last year for Inside Out. Docter’s other feature credits include Up, “which Rivera also produced, “Monsters Inc. and Toy Story. This year’s nominees in the Animated Feature Film category (schedules permitting) will talk about their creative processes and present clips illustrating their techniques.

Johnson won the 1988 Best Picture Oscar for Rain Man and received a second nomination for Bugsy. The directors of the nominated films in the Foreign Language Film category (schedules permitting) will explore a wide range of topics, from their experiences developing their projects to the specific challenges of their profession. The program will include clips from each of the nominated films.

Blondell is a BAFTA winning hairstylist for The Aviator whose other film credits include The Revenant, Django Unchained, Shampoo, and Harold and Maude. Burwell won an Oscar for her work on Braveheart and was nominated for Saving Private Ryan. Her other feature credits include Lincoln and The Princess Bride. Engelman, has served as a makeup artist on such features as Burlesque, Heat, Moonstruck, Rocky IV, and Ghostbusters. In Oscar Week’s final public event, the nominees in the Makeup and Hairstyling category (schedules permitting) will reveal the secrets behind their on-screen work. Photographs, appliances, molds, wigs and other items will be on display in the theater lobby.

Tickets are now available online at Oscars.org. Tickets to the Shorts, Docs, Animated Features and Foreign Language Films events are $5 for the general public and $3 for Academy members and students with a valid ID (Shorts and Foreign Language Films tickets limited to four per person). Admission to the Saturday afternoon Makeup and Hairstyling event is free, but advance tickets are required (limited to two per person). The Academy’s Samuel Goldwyn Theater is located at 8949 Wilshire Boulevard in Beverly Hills. Doors open one hour prior to each event. All ticketed seating is unreserved. For more information, visit Oscars.org or call (310) 247-3600.