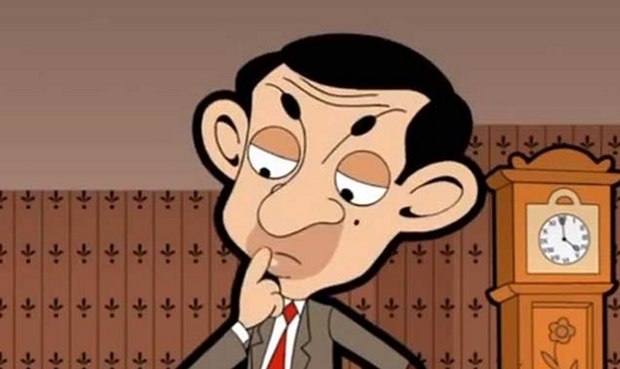 Tiger Aspect announced the launch of the brand new series of Mr. Bean the Animated Series on CITV during a special “Bean Week” from 16th – 20th February.  In a Bean marathon with a new double episode airing at 9.25 in the morning and 4.15 in the afternoon, the rest of the day will be filled with Bean fun and 10 more episodes!

The second animated series of 26 half hour episodes has been developed and produced in-house at Tiger Aspect Productions, an Endemol Shine Company, by the UK’s largest animation team.  The series is voiced by Rowan Atkinson, the real Mr. Bean, who will himself bring a new sketch to the TV screens on 13th March as part of Comic Relief’s Red Nose Day.

And it is not just in the UK where Mr. Bean is coming to screens.  Super RTL in Germany are due to launch the series at the end of the month with a roll-out in over 60 territories worldwide through the Turner network of channels, Boomerang, Cartoon Network and Pogo in April.  With over 64 million Facebook fans across the globe, this truly is an international brand.

Licensing and merchandising in Canada has also been strengthened with the appointment of JAM Brands Inc. as Licensing Agent.  "We are thrilled at the prospect of working with such an iconic and entertaining property as Mr. Bean, and to bring new and exciting licensed products to our market, says Andrew Menceles, CEO of Toronto based licensing consultancy JAM Brands Inc."

Katherine Senior, Executive Producer of Mr Bean added, “We are delighted to appoint JAM Brands Inc. as Licensing Agent in Canada which has always been home to a huge number of Mr. Bean fans”.