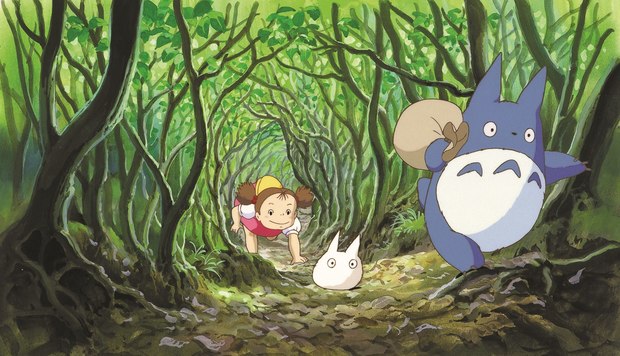 Up next in the lineup is Academy Award-winning director Hayao Miyazaki’s My Neighbor Totoro, which celebrates its 30th anniversary with screenings on September 30 and October 1 & 3, and AWN is once again teaming up with GKIDS to give away two pairs of tickets to see the all-ages masterpiece to two lucky winners!

My Neighbor Totoro is the story of Satsuki and her sister Mei, who move with their father to a new home in the countryside where they find country life is not as simple as it seems. They soon discover that the house and nearby woods are full of strange and delightful creatures, including a gigantic but gentle forest spirit called Totoro, who can only be seen by children. Totoro and his friends introduce the girls to a series of adventures, including a ride aboard the extraordinary Cat Bus, in a classic tale of magic and adventure for the whole family.

Screenings of My Neighbor Totoro - 30th Anniversary will be presented in both the original Japanese with English subtitles and in English-language dub versions. The English-language voice cast features the voices of Tim Daly, Lea Salonga, and real-life sisters Dakota and Elle Fanning.

Tickets for My Neighbor Totoro - 30th Anniversary can be purchased online at gkidstickets.com and at participating theater box offices. Moviegoers throughout the U.S. will be able to enjoy these events in more than 700 select movie theaters. A complete list of theater locations will be available on the Fathom Events website (theaters and participants are subject to change).

The giveaway ends on Monday, September 24 at 11:59PM Eastern, and is available to U.S. residents only. The winners will be selected and notified by GKIDS Films after the closing date. Enter your chance to win using the widget below, or via this link. Not sure if you’re lucky? Grab tickets at gkidstickets.com.